The Father's Day Swarm: Out on a Limb, part 2 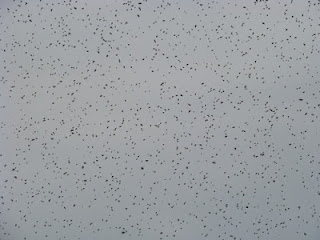 I was standing on the side patio, talking to Dad on Father's day on my cell phone.  I heard nothing other than the conversation, because I am deaf in my left ear.  It was a gorgeous day, soft breeze blowing.  Steve and his Mom came out of the door so he could walk her to her car after having dinner with us.  I heard a sudden sharpness in their voices, a somewhat panicked "Shut the door!",  turned and saw that they were concerned about something.  Something right over my head.  Bees.  Thousands of them, swarming. 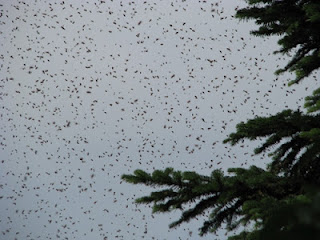 Grandma got away in her car just fine.  The bees were not interested in us, but it was certainly a fascinating nature study for us.  At first we thought they were attracted to the spruce tree by the front door.  But after several minutes of buzzing (in addition to however many they had been buzzing while I was on the phone right underneath them), they settled on the sycamore tree by the back deck, behind the garage.  (Sycamore tree features in part one of this saga as well). 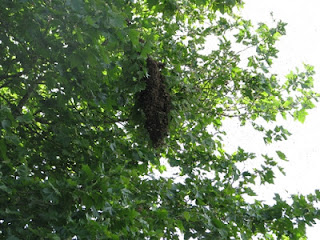 In a surprisingly short time they clustered in one large mass, weighing down the limb. 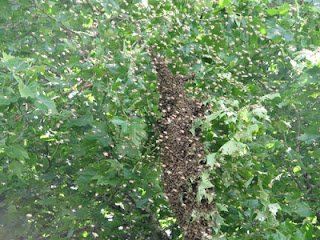 A closeup so you can see some of the fliers. 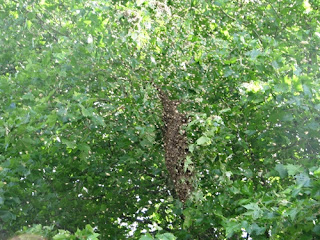 The sycamore is a big, stately tree.  It's doing our roof no favors, but it keeps the house nice and cool most of the summer.  Quarta loves climbing it.  I would have been right up there too, at her age. 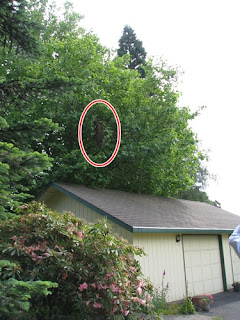 For perspective, this is our stand-alone garage with the swarm about 5 feet above it. 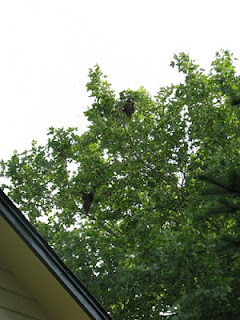 After about an hour there, they swarmed loose again and most of them flew up higher.  It was as if the bee engineers pointed out a problem with the branch; maybe the weight of the colony was too much for that branch.  After about 15 minutes of swarming at higher elevation over the rooftop, they settled into two different spots, high up in the same sycamore. 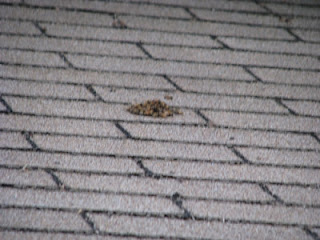 Underneath the location of the first settlement, there is a small pile of bees on the garage roof.  Are they protecting a queen?  A food cache?  Injured members of the colony who have lost the ability to fly?  The pile has been there for several hours, although it's too dark now to check. 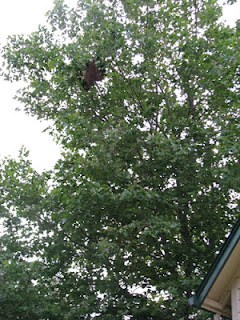 After we came home from evening service, the bees had settled in yet another location, apparently all in one spot again, high up on the opposite side of the sycamore from where they started.  At least 40 feet up, I think.  Which is good in the sense that they are less likely to bother the family as we go about our business in the yard, but bad in the sense that they would be very hard to reach if we get the professional beekeepers to come in.  All things considered, I'm pretty sure there are better places in Clark County for the bees to settle than our yard... but I'm kind of flattered that they chose us.  We'll see where they are tomorrow before making any calls.
Posted by Kathy at 11:05 PM