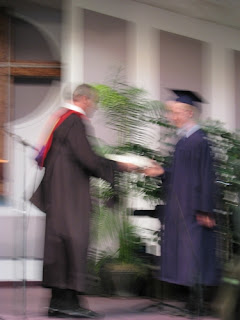 A blur is how the last several days have been, anyway.  I can't apparently hold the camera steady at emotional moments, and there have been a lot of them.  In addition to his valedictory status, Primigenitus received the academic achievement award and some kind of award from Washington State.  I stopped trying to capture all the moments as they sped by.  Somebody will post them on Facebook or we'll eventually get copies.  Primigenitus might even let me get a copy of the text of his speech. 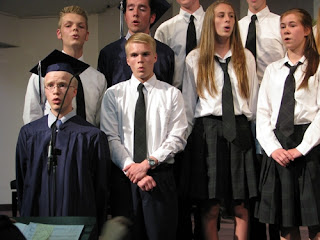 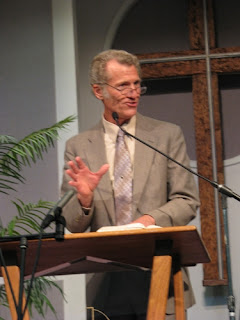 Pastor Bronson, previous owner of our house, came to give the commencement address at the school he helped to found more than 13 years ago. 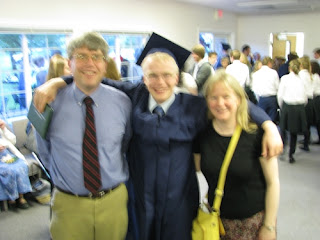 Other people take blurry photos too. 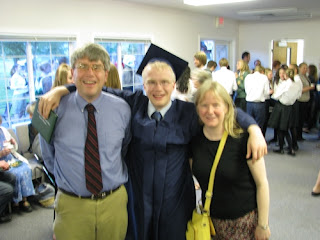 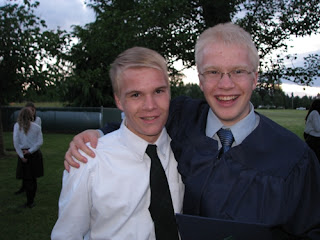 Fortunately not all of them were blurry. 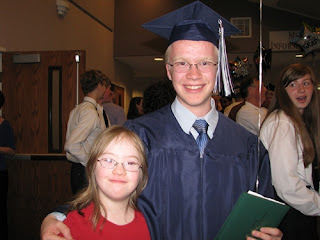 He should know everyone's very proud and happy. 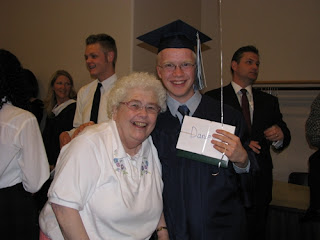 Glad Grandma could be there too. 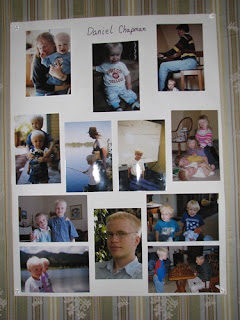 How about a photo of the photo collage?  That baby shirt was prophetic.
I remember my mother always used to cry when she said goodbye to her mother, my grandmother, after a visit as a child.  I always thought it was something strange my mother did.  Then when she dropped me off at college the first time, she started crying when she said goodbye to me.  I've never been that emotional, usually, but I'm starting to get a feeling that will change, rather too quickly for comfort, in the coming months and years.
Posted by Kathy at 4:55 PM