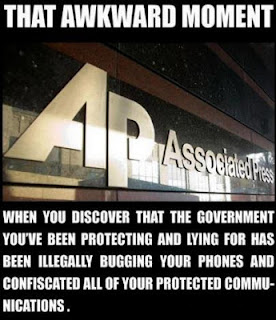 It's tough being a news junkie on a day like this, forced to sit in teacher inservice and not indulge in the schadenfreude that I freely admit would be my preference today.  I wasn't always a mild-mannered Latin teacher with a craft blog, you know.  I started out as a junior employee at the National Right to Life Committee in Washington D.C.  I guess you could say I was a "community organizer."  Steve's job moved us away after I had been there only 3 years, but I have remained a news junkie and political wonk ever since.  I've stayed in touch with my pro-life friends, and when Tertia was born, and had Down syndrome, I felt that at least part of God's purpose in giving her to us was so that I could raise awareness about these dear people, aborted at a rate somewhere around 90%.

For my new followers: I indulge my inner wonk some Tuesdays (and there is no way I could sit this Tuesday out).  If you have political persuasions strongly different from mine, the usual disclaimer is that you might want to skip today's entry and come back when it's just about knitting or quilting.  But I hope you won't be scared off.  My starting premise is that there is more that holds us together as Americans than most people give us credit for; and even though I am free with my historical allusions to the fall of the Roman Empire, I don't believe the barbarians have won just yet.

My long-time readers should brace themselves.  I'm about to post a complimentary reference to Ron Paul.  (Although I will say that I think the casting using the Mad Hatter was brilliant.)  Here is Obama as The Lord High Executioner, with "I've got a little list."


I was looking for a straight-up rendition of the song from the Mikado, but I couldn't find one single version that hadn't been altered with contemporary references... it seems to be a theatrical tradition. So why not use the one that is the closest to what Obama himself has actually done?  A tip of the hat to the Ron Paulites.  Wow, I can't believe I just said that.  I should probably clarify that I am much more hawkish on foreign policy than the mad doctor, and that I think the sparkly Liberace suit on the Obama doll is just plain tacky - Obama looks much better in a suit, give him his due.

So where to begin?  Here's the list of scandals to pick from:
It will be an interesting week.  Enough to make the President cry.
Posted by Kathy at 6:13 PM