Snow Day and Casting On 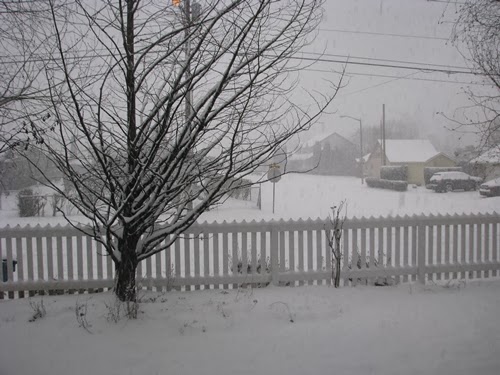 It's an atypical winter when we have a snowstorm like this.  Yesterday there were just a few spitting snowflakes when I left for school; by the time I got to Ridgefield there was white on the ground and the 8th graders were wired.  School districts called early release and people kept popping in to pick up their kids all morning long. 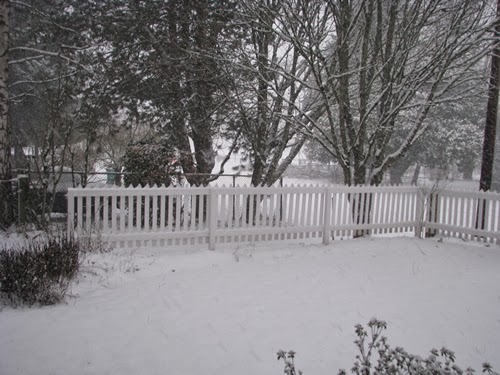 I left after my final class at 12:10 and took Secundus and a 4th grade girl home with me.  Quarta had to stay home sick and missed all the excitement.  What is normally a 20-minute commute was more than an hour of very slow-moving traffic, avoiding the highway which was blocked because of a bad accident.  We were really glad to get home safely.  It's unbelievably pretty outside.  What makes it unusual is that it has stayed far enough below freezing for the snow to still be powder and the streets are all snow-covered. 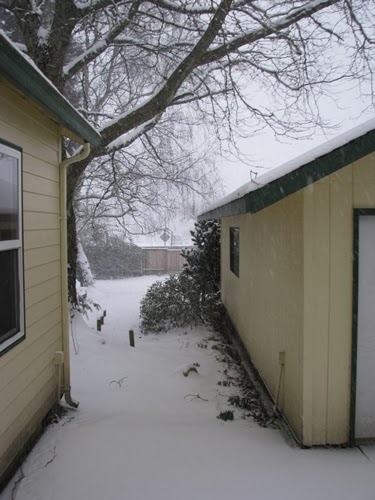 And of course, they don't put anything on the streets to melt the snow or give traction, and there isn't a fleet of snowplows to clear the main streets.  Sometimes I miss the Midwest.  But it's even colder there.  We had a snow day today and there was some sledding and lots of snow shoveling (Steve is a bit obsessive about shoveling, but it's a useful obsession) and the girls carved a cave out of the snow pile.  I'll save those pictures for tomorrow.  However, you should realize that underneath all those inches of snow, there are daffodils growing. 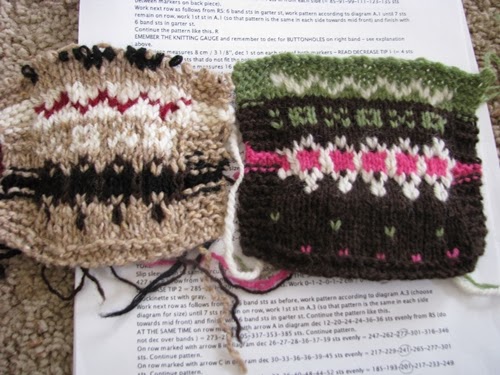 I decided to swatch in a completely different colorway, and I really like this one (the one on the right -- chocolate mint, it looks like).  Not like the refugee from the '70s that is on the left.  All the yarns are from thrifted unravelled sweaters, except for the white, which is my homespun. 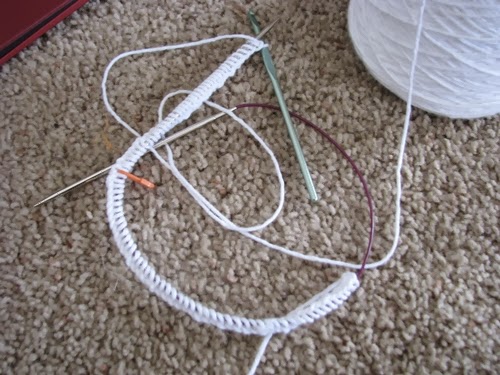 So I cast on with Lucy Neatby's crocheted provisional cast-on.  321 stitches, including 4 steek stitches, at the base of the yoke, on size 5 needles.  I'm going to knit upwards through the yoke and make that  my goal for during the Olympics.  Then I will pick up the provisional cast-on and knit downwards for the body and sleeves.  I think this will work.  It should be fun trying, anyway.
Posted by Kathy at 9:32 PM