Randomday: (Not) Getting it Done

Well, January's goals are (not) in the books.  To recap, I was supposed to: 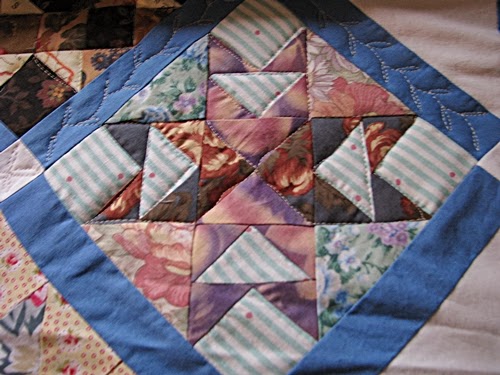 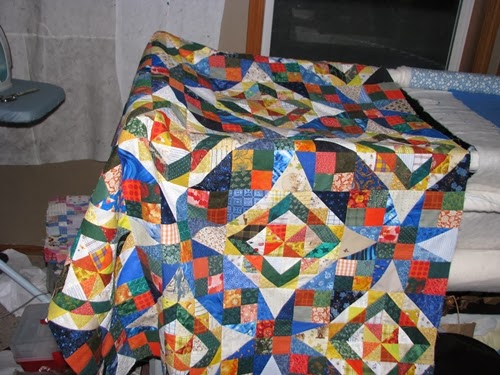 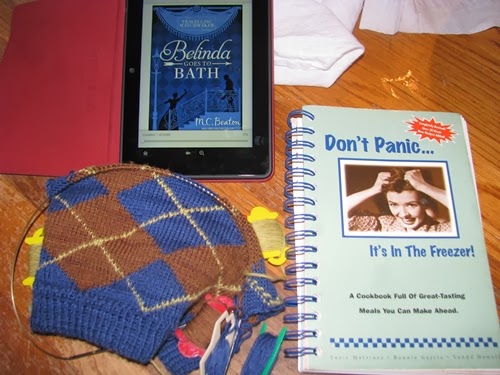 So, I think it's enough progress to merit 1 1/2 stars out of 4.  I didn't complete the thorough cleanup of the sewing area or any of the other projects I thought about for bonus points.  January was a stressful month and I'm not really optimistic about it getting much better, but I still like to set goals for the crafting part of my life.  So here's what I want to get done in February:

There is still no stash input or output to report.

Now, as to other random matters:

Daniel's 9th grade biology notebook showed up in my file at school the other day.  It has such gems as this: "white mold from classic Blue Brie Cheese x400" followed by a drawing of 2 speckled blobs.

"I now believe that my frog is male due to lack of evidence to the contrary.  I tried to expose the brain and I saw brain but I mutilated it in the process."

This is classic stuff and will have to go in the special box.

Daniel reports from Pennsylvania that he is enjoying the relatively warm temperatures in the 20's (after a few days where it stayed well below zero) but has a cough.  I mentioned to him that in some of my classes we had at least 2 absentees all week, and he shook his head and said, "That just can't happen at college."

Secundus has been working hard; his goal is to earn enough money to buy a car that actually doesn't have to be junked by this summer. I keep nagging him to practice for the reading SAT but without much success.

Tertia needs to stop daydreaming in school and writing imaginary letters to "Padfoot" in her planner.  The staff is becoming concerned about her reports of seeing Darth Vader and waiting for Asterix and Obelix to come rescue her.  I just see it as evidence that she is my daughter.

Quarta was assigned Filippo Brunelleschi as her Renaissance artist to do a report on.  I'm hoping she will attempt to recreate "Il Duomo" in the form of a cupcake.  She is also one of the finalists for 6th grade in the school speech meet.  She is pulling once again from T.S. Eliot's cat poems with "Growltiger."

I now have a vocabulary of almost 1000 Italian words, according to Duolingo.  It is very like Latin, but also quite similar to French.  Funny how the languages morphed and interacted.

"We don't just borrow words; on occasion, English has pursued other languages down alleyways to beat them unconscious and rifle their pockets for new vocabulary. "
— Booker T. Washington
Posted by Kathy at 11:17 AM

You and I were on the same wavelength for not getting it done in January. LOL What you did was great, though! 1000 words is a great start!