Yarn-Along and a finish 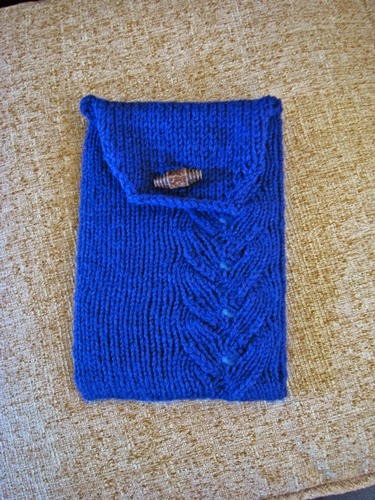 It is a modest finish, a case for Daniel's Ipad mini, but this is my very first finished knitted project of 2014.  That's just a little embarassing!  But combined with my finish yesterday of the Celtic Solstice quilt top, I'm having a very productive July.  I hope it continues. 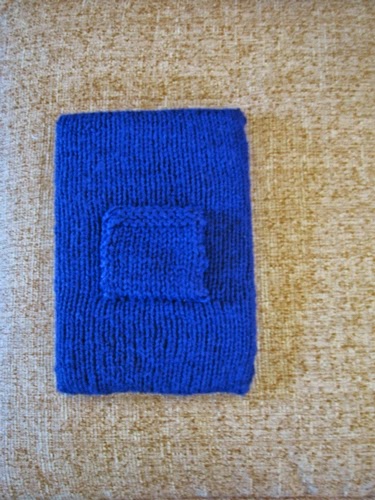 I put a little pocket on the back so it can hold his earbuds.  I want to make a similar one for my Kindle and one for Tertia's Samsung tablet eventually.  I'm also binding off the lower hem of my "Mint Chocolate" sweater, which will leave the sleeves yet to do.  I have pretty much given up on spinning during the Tour de Fleece, but who knows? Anything could happen.

I recently finished reading Mission at Nuremburg, by Tim Townsend.  I highly recommend this book.  It is the story of an American Lutheran pastor, Henry Gerecke, who in 1943 at the age of 50 decided to enlist as a chaplain in the Army, eventually becoming pastor to some of the most vile of the Nazi  war criminals at the Nuremburg trials.  It reads as a combination of military history, biography, and devotional theology.  What level of compassion would it take for any of us to pray with and for men such as these, and come to see them as individuals, even friends?  Material well worth pondering.  It was especially meaningful to read with a young son in Basic Training; I tend to worry about him, and this book is a good reminder of what the American military looked like in the past, and that sometimes the simple things; human contact, love, forgiveness, attention to basic needs -- are the things that make the difference on the spiritual level as well.

Another book I highly recommend is Things that Matter, a collection of essays and lectures by Charles Krauthammer.  He is a true intellectual renaissance man whose rich experience and life challenges have caused him to think deeply on a wide range of topics, and whose writing is a thing of beauty as few Beltway pundits ever achieve.  From the space program to chess to bioethics to foreign policy, I found him inspiring.  I listened to this as an audiobook, much of it read by Krauthammer himself, and I found myself agreeing with the vast majority of his thoughtful positions even if I differed on points of policy.  The only irreconcilable difference between us is apparently the Oxford comma.  And who knows?  He may eventually convince me on that.
Posted by Kathy at 10:06 PM