Today the kind and hardy folks at Veritas School in Newberg sponsored the Latin Olympika.  Our eager students, 30-some of them, enjoyed the day as always.  I got to be a question-reader! 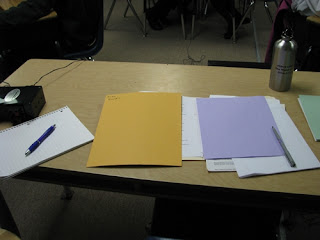 There were 5 rounds, and in the 5th round we had 3 teams in our room.  There were 5 CT teams at the Intro level and 2 at the Latin 1 level.  I pretty much used up every tree theme I could. 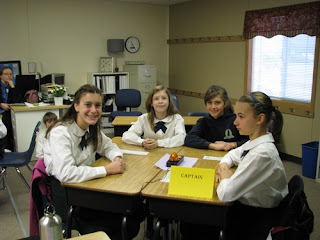 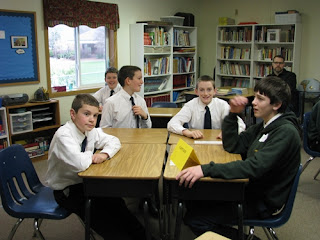 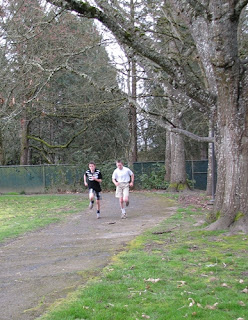 It was a true Olympika, with a foot race and relay, and even discus throw.  It was good to have an athletic activity to blow the cobwebs out of the brains after 5 straight brain-busting sessions. 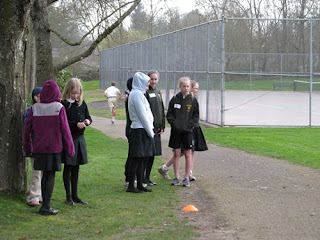 It was a bit cold and damp outside though.﻿ 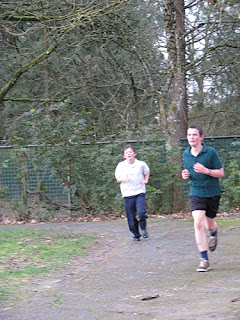 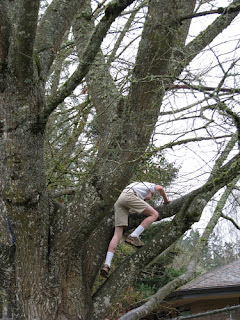 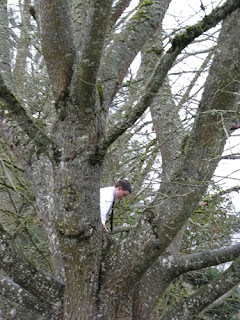 Tree-climbing was not an official athletic event, but look at how versatile Cedar Tree students are -- climbing in their dress uniforms! 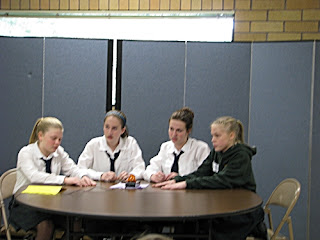 Final round in the main hall; this is the finalist Latin 1 team. 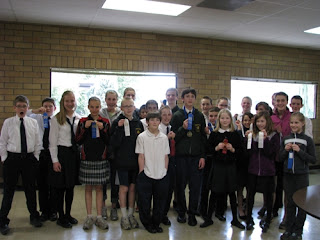 Ribbons for the winners in athletic, academic, and team certamen events... here are most of Cedar Tree's contingent. 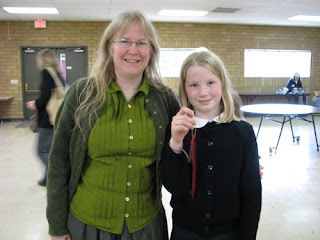 Quarta's team came in second at the Intro level.  Stop-and-go traffic all the way back to the Couve and an accident on the I5 bridge, so we are tired and ready for a relaxing evening, if possible.
It's National Quilting Day!  I plan to get a little of that in.