I'm declaring today "Middle-School Teacher Appreciation Monday" on my blog.  I was inspired to do this by two events.

1. In G4 (6th grade) today, I was demonstrating a skill I call "quick homework correction."  This involves holding all non-essential questions and trying to make time through the exercises, without stopping every question to clarify whether it's okay to say "the soldiers' swords" instead of "the swords of the soldiers."  (I have a very ... concrete ... 6th grade class).  On a good day, we can get through sentence translation without having to write more than 2 sentences on the board.  So midway through this, I notice a hand in the air.  (I only get about half as many hands in the air when we're trying to move quickly).  And I don't name my students, but it's the guy who looks like Lewis on Meet the Robinsons.  "Can I go get a tissue?  I ... uh ... sneezed."  Gesturing to the front of his polo shirt, where rests the evidence that he did indeed sneeze.  And I find myself in the position of explaining to the kids that you don't need to ask permission to get a tissue ... I mean, what is this, anyway?  They're in 6th grade at an academically intensive private school.  They should be able to figure out how to handle a sneeze without teacher help! 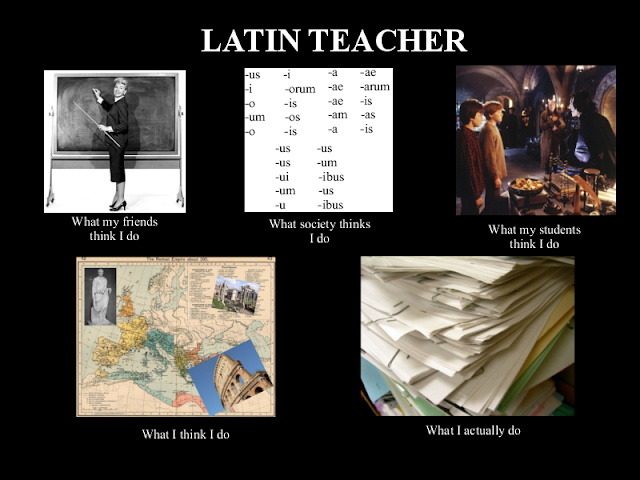 Remember Daniel's Latin teacher meme?  I would think my kids do see me as Snape, except for the fact that I can't keep a straight face in front of them.  And there were kids in that class, I swear, who didn't understand why I was laughing.

2.  On the way home I heard a blurb on the radio that the world's oldest survivor of Auschwitz had died at age 108.  Antoni Dobrowolski, a Polish teacher, defied the Nazis by organizing underground middle-school classes during World War II.  The Nazis wanted to keep the Poles as a slave state and anything other than primary education was illegal.  This man literally risked his life to teach children about their language and heritage.  So I encourage those of you who value middle-school education and those engaged in it to take a moment of silence in honor of this courageous man's life.
Posted by Kathy at 4:34 PM