So I posted many of these on Twitter and Facebook last Wednesday and Thursday, but never on my blog. And with it being a week post-Thanksgiving, I'd better get them up here or forever hold my peace. Think of this as a photo documentation of the busiest two cooking days of the year, or a celebration of food, or something like that. 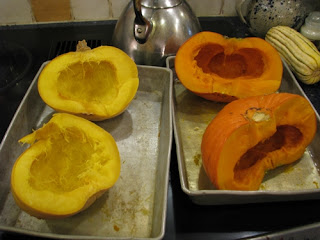 I started with pies on Wednesday, baking two pumpkins. Only the pumpkin on the left was more like spaghetti squash and was not suitable for pie; on the right is what I think was a kabocha squash, not a pumpkin. It eventually made it into the pie. 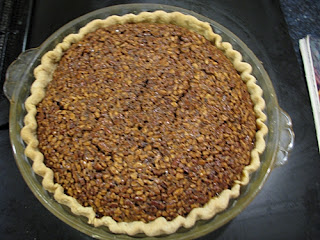 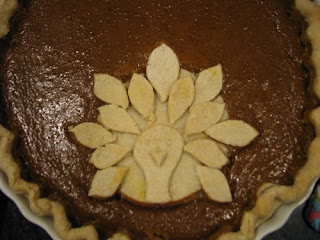 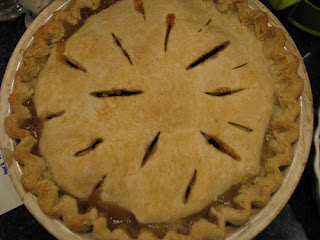 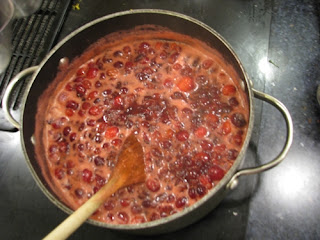 Quarta made the cranberry sauce 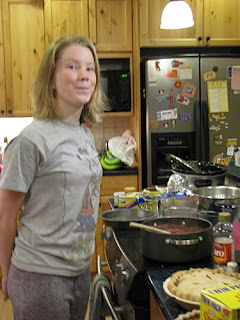 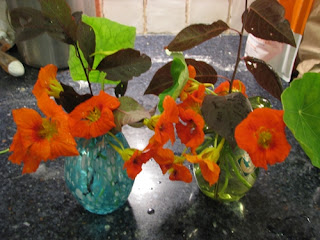 Nasturtiums and plum branches, still pretty in the garden. 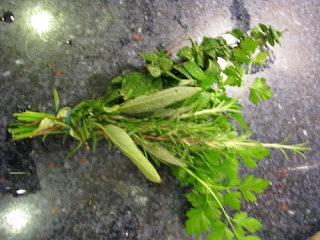 Parsley, sage, rosemary, thyme... plus a little oregano and marjoram. From the garden. 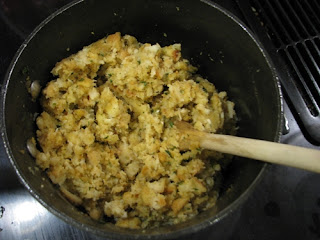 Thursday morning I started in on the stuffing. Stovetop, by popular demand. 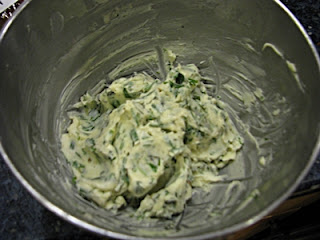 Most of the herbs went into the softened butter, to rub under the turkey skin. 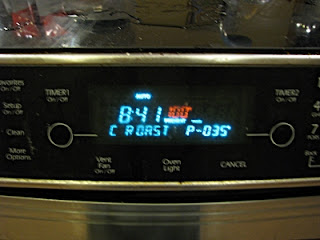 The setting up of the oven is an ordeal. You have to put the meat probe in first or it will complain, and the setting was convect roast, 325 degrees, with the probe set to 180. Obviously we were just warming up here. 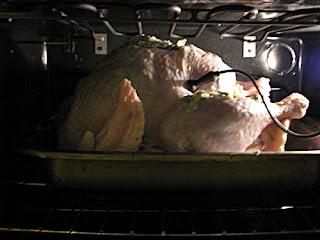 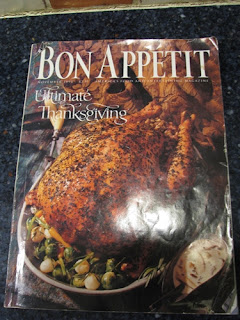 My well-worn copy of the Thanksgiving 1994 issue. The subscription was a gift from my late mother, and I always think of her and Thanksgivings past when I use it... which I still do. 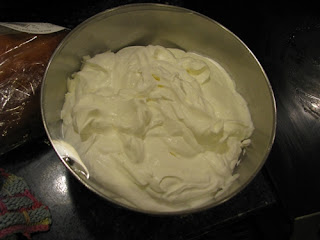 Whipped cream for the pies 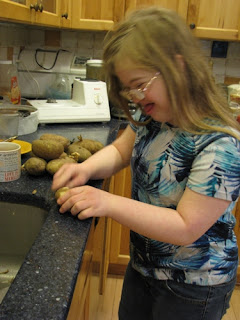 Tertia peeled potatoes... lots of them 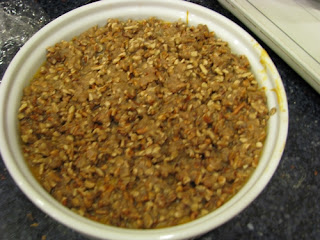 Quarta had made a sweet potato casserole the previous day 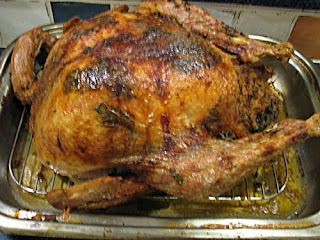 the bird, done. I like putting the butter/herb mixture under the skin, even if it makes it look funny; it stays moist that way. 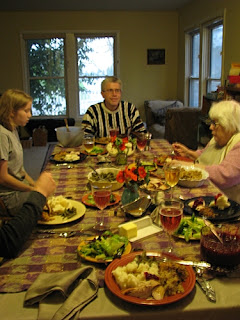 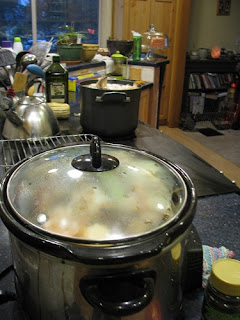 After the meal, the cook still has to get the meat off the bird, and then divide the bones into two batches for stock. Or as the current health food gurus call it, "bone broth," I make one batch in the crock pot overnight, and one stovetop until early evening. 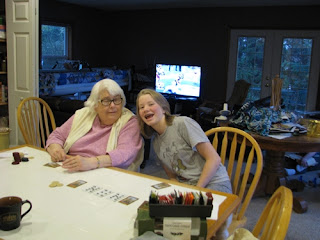 Someone must have been watching football. It's just as well I'm a football agnostic. Grandma brought her poker chips 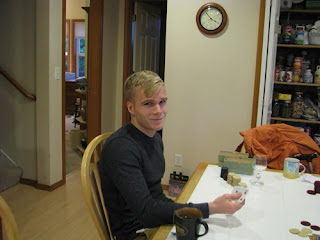 Peter really doesn't like having his picture taken, but I guess I had fed him well enough he couldn't complain too much.

That's all the photo-blogging I could manage before the post-Thanksgiving collapse. We missed Daniel, but he was at least with family on the other side of the country.
Posted by Kathy at 7:41 PM