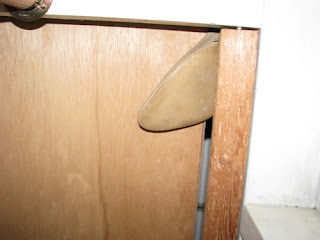 Here's a random fact about our house: in the closet in Secundus' room, on the right side, it adjoins the cabinet outside the bathroom that is used for towel storage.  And behind that, there is a narrow open bit that must lead to a dead space behind the wall that has been untouched for at least 20 years.  And in the crack, the front part of a woman's high-heeled shoe is stuck.  It has been there ever since we bought the house, and I've tried to work it out many times, the last time during the intervention I did while Secundus was on the Great American Road Trip.  It doesn't come out.  I've decided it gets to stay and add character to the house.

Since I downloaded Photoscape I've been resizing all the photos I've ever used on this blog, to get them to the size that doesn't count against me for storage on Picasa Web albums.  It really is not as difficult as I thought it would be.  But I wonder why they make you jump through so many hoops.  I certainly never paid attention to the pixel size of the photos that I snapped before this.  So I'm working with Picasa Web Albums up in one tab, and going backward through my posts.  I'll look at Picasa and delete the photo du jour, then go to the post and remove that one and replace it with the slimmer version, then update the post.  I've been doing this for 4 days or so and am all the way back in June.  Still, Picasa shows no difference in the amount of storage I've used (100%).  I wonder if I'm doing it right.

I got up early last Monday morning on the first day of school for Cedar Tree.  I went through the stack of paperwork for Tertia's school, and filled out the order form for her school pictures and wrote a check.  Then I filled out an order form and wrote a check to re-fill her lunch money account, and I may have filled out another form as well.  It takes considerable nervous energy for me to tackle filling out forms and writing checks, and I tend to put it off as long as possible.  Well, Tertia got some grief early in the week because she didn't have the receipt for her new P.E. uniform that I had paid for the week before and so couldn't change into it, and then the next day even though I sent the receipt in, she didn't know what to do and didn't change fast enough, and then Thursday, which was school picture day, she went in looking all pretty and her teacher wrote that she didn't have her picture money so we would have to order online.  So, apparently, both checks I wrote Monday were lost, and Tertia has been made to feel like she has been doing everything wrong at school all. week. long.  And I've just about had it with writing checks and filling out paperwork only to have it lost.  I should stop before I rant any more.  But I'm concerned she's being set up to fail, and as a teacher I can't imagine how much trouble I'd be in if I lost 2 of my students' checks.

I've been (finally) reconnecting the Megaquilter, which if you remember, I had to order new tracks and ratchets for.  It is time to get back into quilting again.  But while working around in the quilting area, I stirred up so much dust my allergies were terrible today, and I sneezed so much my vertigo got bad.  I do have the Log Cabin UFO quilt loaded on the frame though, and hope to start quilting it soon.  After that, maybe the Feathered Star and then I choose from Orca Bay, Jack's Chain, or Farmer's Wife for a big project.  I bought 6 yards of Warm & White for 50% off at Hancock Fabrics today.

Steve and I watched Confidential Agent, with Charles Boyer and Lauren Bacall last night.  Tonight we watched Dr. Who while I caught up on the ironing.  Tomorrow he's scheduled to be a narthex monitor at church while I'm in the nursery: I guess we'll find out if the kids are mature enough to sit through the service unsupervised.
Posted by Kathy at 10:15 PM