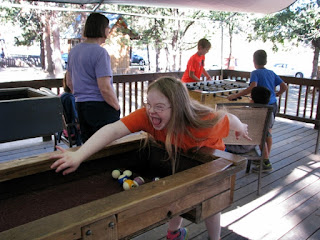 Every year, the First OPC faithful and friends gather in central Oregon for Family Camp. There are educational speakers, fun activities for all ages, a lot of starchy food, a Talent Show (some say it should be called a "variety show" - see previous post), and a Bananathon.  Tertia really, really, loves the game called "carpetball" and I managed to snap the picture at just the right time to capture her gleeful expresson. 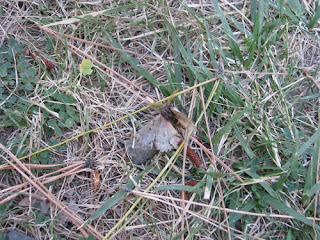 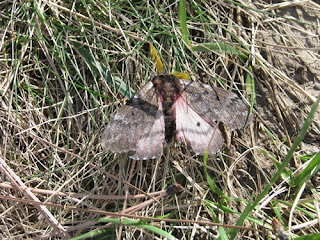 Both of these large but bedraggled moths were at the base of a light pole one morning, in various stages of what looked to be a hangover or perhaps something more serious. 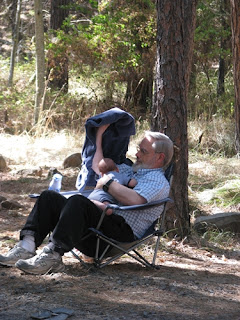 The highlight for some is the waterslide.  Some just watch. 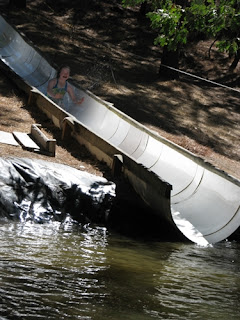 Some look forward to it all year long, but shriek with terror all the way down. 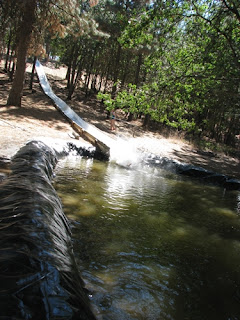 Some create a splash larger than they are, obscuring my dedicated effort to capture them for their grandmother. 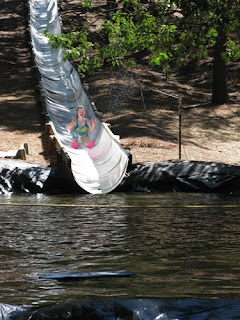 And some go back repeatedly for as many times as they can fit in. I managed to capture a dragonfly in flight. 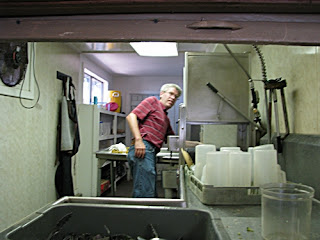 There are, of course, a lot of dishes to be done. 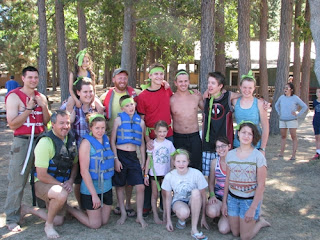 I had a child on each team for the Bananathon. Quarta's team eventually won. 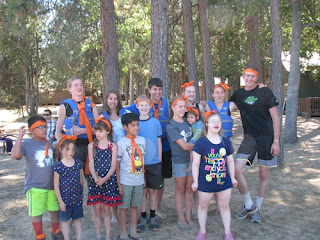 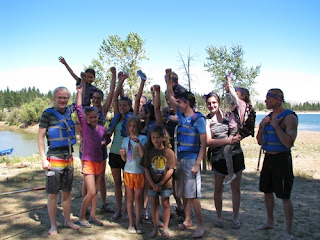 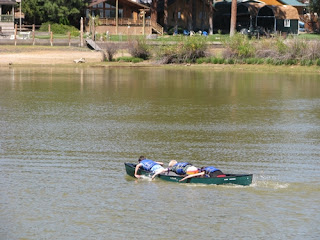 Well, when you want to go left, you have to paddle on the right side of the boat. 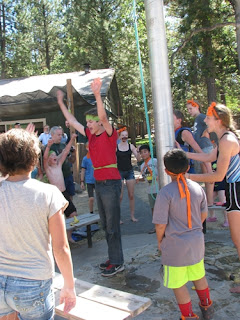 A whistle shows all the tasks have been completed and the banana has been eaten. And that wraps it up for another year.  Some of us come back from Family Camp more exhausted than we were when we left.  But ironically, we aren't the ones who have been doing the high-intensity activities.  It is a mystery.
Posted by Kathy at 5:07 PM