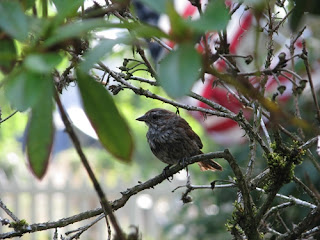 At long last, a Randomday post. Randomness has not been, by any means, in short supply lately, but it has been of a depressingly political variety.

Nice picture above is of my little visitor who kept chirping while I fed the cat the other day. I think it may have recently graduated from the nest in the Camellia tree, and didn't seem to have much fear of either humans or felines. Granted, Smudge is not much of a threat, but still.

If you search Pinterest looking for "borsch" and hoping to find a quick recipe, did you know in the first 20 or so results you get half that are recognizably the famous Russian soup. The rest of the first batch are mostly other recipes that might also appeal to the same market. But after that, the results are weighted in favor of Hieronymus Bosch. I enjoyed that. I plan to make a fairly simple borsch recipe to take to fellowship dinner tomorrow with some of the beets from our Grace's Garden basket, and then Monday I may make this recipe with the turnips.  I would like to turn the entire 2016 election cycle into a vast Hieronymus Bosch landscape painting, but I'm afraid that's above my pay grade. Especially now, since I don't have a pay grade anymore.

The plum tree was pruned last year (inadvertent plum pun), and has not produced a significant yield this year. However, in the spot near it, at the end of the driveway, we have our most productive cucumber vines ever, and some respectably productive zucchini. 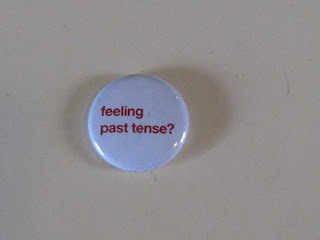 Summer marches on, with August here and the drumbeat of back-to-school beginning. I am infinitely relieved I do not have to get ready on the teacher end. It has taken more out of me than I realized, these last 16 years. I never could contemplate the prospect of daily teaching without high anxiety, in the month before it was actually upon me. 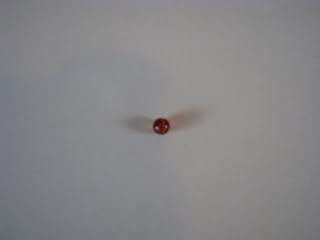 Among other things found when I began tidying up my Latin things: the Venerable Bead. It was a relic I found on the floor when I was cleaning up the former 2nd grade classroom 8 years or so ago, back when I had a designated Latin classroom. I taped it onto my Celtic map of Europe right about at the location of Jarrow, and never really had anyone ask for an explanation. The map stays at school; it's the best one I've ever found for teaching Caesar's Gallic Wars. I can now dispose of the Bead, since its story has been told. 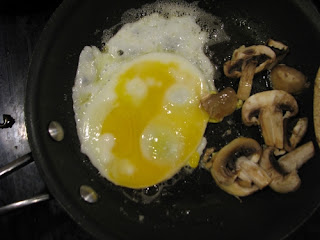 I took a picture of my breakfast making a face at me a month or so ago. Tertia thought it was hysterical too. She probably thought the egg was making "the scream" face because the mushrooms were too close.

Steve's sister Kristine has been visiting her mom this week and we've had some time with her as well. Clark County fair began yesterday with free admittance to the pancake breakfast; we didn't make it until 11:00 (we were never planning on breakfast there anyway) because the van had three screws in one tire and needed to have two tires replaced, for proper balance. So yet more to add to the expenses column as it seems all of our recent conversations involve me wondering "Why are we so broke?" But anyway, the Fair was fun as it always is, we came home and visited a while with Kristine, and then cooked up Mexican food for dinner. Kristine is on her way back to Arizona now, where it's much hotter than here.

We've been fighting the flea infestation, which is weird since Muffball is an inside cat. That's another expense: $76 for a 6-month supply of Advantage.

The raccoon has not been seen for over a month. This is a good thing. We have a nest of yellow jackets over the front door that has been resistant to two cans of raid and a yellow-jacket trap... although all three have taken their toll. My entertainment this summer has been to check on how many are caught in the trap, at least once per day.