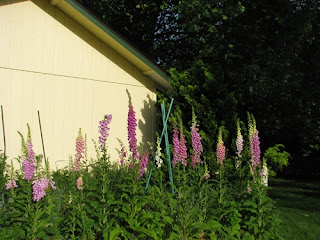 The Foxgloves were really pretty this year. They re-seed themselves and do well in our soil. Steve and I believe the secret to gardening success is to live in a favorable climate where even the weeds are nice to have around. Most of our flowers require no effort on our part. 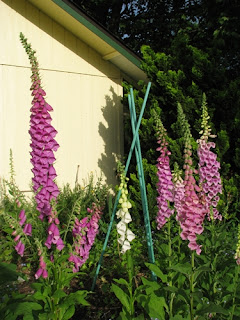 The only real challenge with foxgloves is that they're so tall, they'll need to be taken out after blooming so they don't block the sun from the tomatoes behind them. 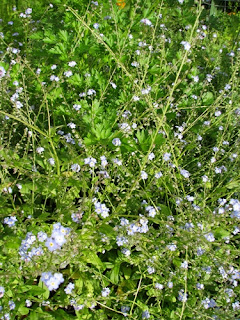 Forget-me-nots also are weeds in our garden, and I took this picture on the tail end of the brief time they look nice. 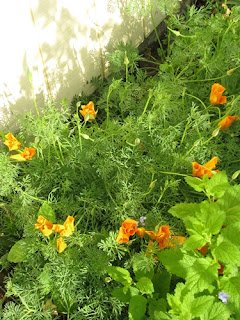 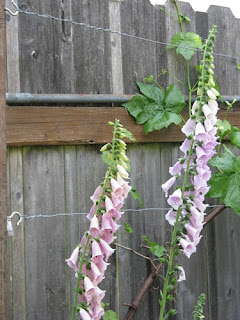 More foxglove, hanging out by the grapevines. 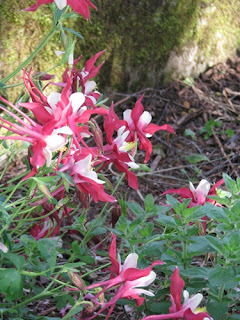 See, this is the trouble; we could be better vegetable gardeners if we weeded up the things that just settle in, like these columbines...but they're too pretty! 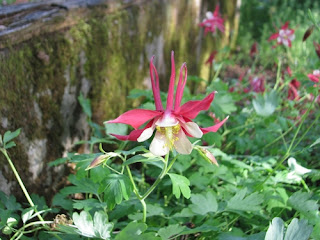 And of course, with our 100+ year-old house and a flowerbed made from the foundation of an old barn, plants just settle in. 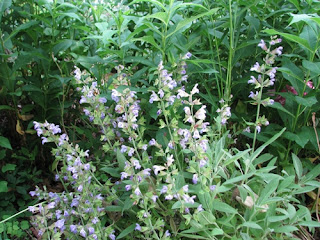 Here's my sage in blossom. I have a master plan for the L-shaped raised bed with the brick border, made from the old foundation. I've had it for seventeen years, and by gum, this is the year I turn that bed into an herb garden. The sage has been there since we moved in, but it has to fight with some wild phlox and daisies and peonies 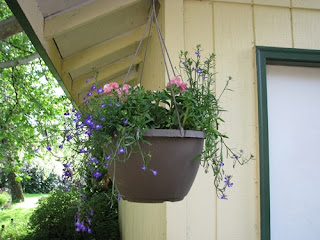 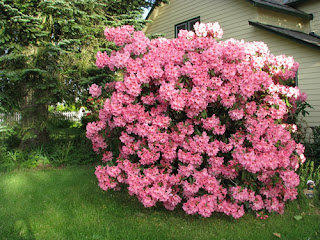 The rhododendron bushes are probably at least 75 years old. 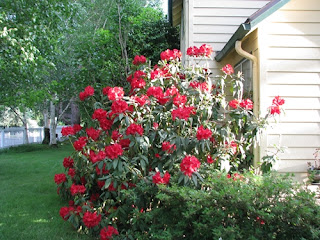 We pruned this red one back pretty severely last year and it did pretty well. 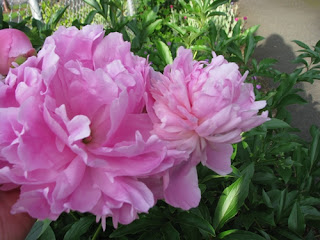 Some of the peonies. That narrow strip by the driveway is tricky, but they are content. 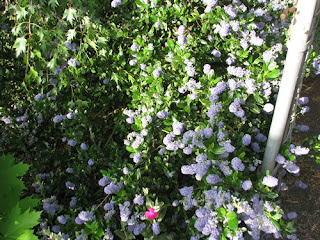 So is this shrub, whatever it is. Now that Tertia is almost 17 I suppose we need to remove the gate we used to keep her off the street when she was a toddler. 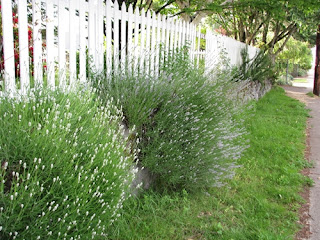 I love living in a climate where you can grow lavender so easily. 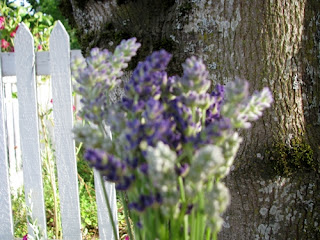 All these pictures were taken when Steve and Daniel were on their road-trip back from graduation, about two weeks ago. Parts 2 and possibly 3 coming up soon.
Posted by Kathy at 4:43 PM