What I Did on my Summer Vacation, Part 3

You know how teachers used to assign this essay for students returning to school?  Well, I'm just trying to finish my own before October.  School has begun, there is no getting away from that obvious fact.  I just want to document the brief, shining moments of vacation before school swallows them up. 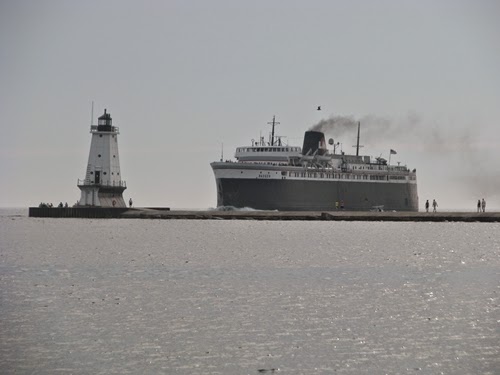 We boarded the Badger, a ferryboat across Lake Michigan, quite early in the morning for a 4-hour ride.  Steve appreciated the break from driving, and it was a fun change of pace, exploring the ship and relaxing.  At lunch we discovered that Tertia had quite a terrible injury to the inside of her lip from her braces having poked it and then the spot being widened by catching on the braces every time she moved her mouth.  It must have been going on for several days, but she only seemed to notice it after we did and became concerned. We ended up in Mankato, Minnesota that evening.

The next morning we were encouraged to figure out a dentist's office was right down the street from our hotel, and so we showed up bright and early and after filling out some forms, got her in to be seen very quickly.  Thankfully, no stitches were necessary and the solution was simple - put wax on the poky bits until the wound heals.  A little easier said than done but she is much better these three weeks later.  It was a nickel-sized hole and I can't imagine how she managed not to be howling with pain all along. 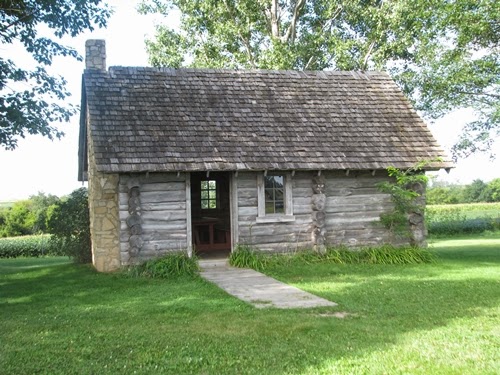 The next few days of the trip West were taken up with Little House fandom.  This is the replica of the log cabin near Pepin, Wisconsin, as portrayed in Little House in the Big Woods.  As you can see the woods are not so big anymore, but it was a sweet little rest area as we were hurrying toward Minnesota. 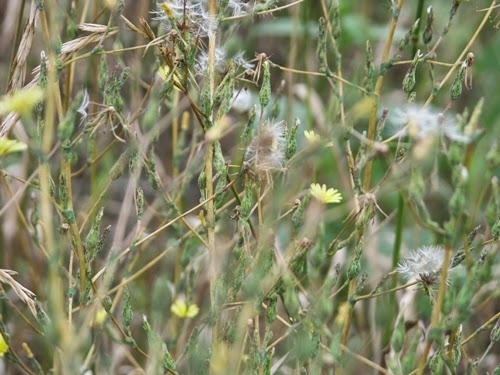 In Minnesota we found our way to Walnut Grove and the site of On the Banks of Plum Creek.  It is a little private farm, left very unspoiled and undeveloped, where you can see the location of the dugout house and walk a few little nature trails.  There are still lots of grasshoppers around, everywhere you go. 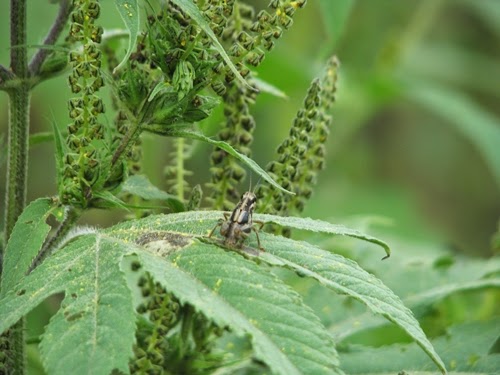 We didn't see the in-town museums in Pepin or Walnut Grove because we were trying to make time across the country; and then later in DeSmet, South Dakota ("Little Town on the Prairie") we only bought souvenir t-shirts and declined the special guided tour that said allow 1.5 hours.  There's a limit to how touristy we wanted to be, but we did check out some of the historic buildings and the free museum.  And the Dairy Queen.  That night we stayed in Pierre.

The next day was a long driving day, with a stop at Wall Drug (is it possible not to stop at Wall Drug?  All of South Dakota seems to lead up to it, and it's a good place for a bathroom stop, and your kids can ride the giant jackalope.) 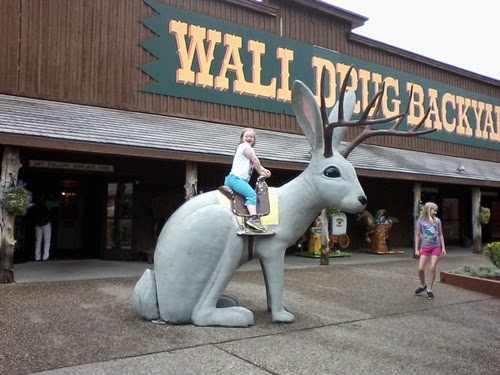 We stopped that night at Cody, Wyoming, which is a really neat Old West kind of town.  There was a regularly scheduled gunfight at one of the local saloons, and we had a very nice meal.  I decided that someday not too long from now, I want to buy myself some cowboy boots. 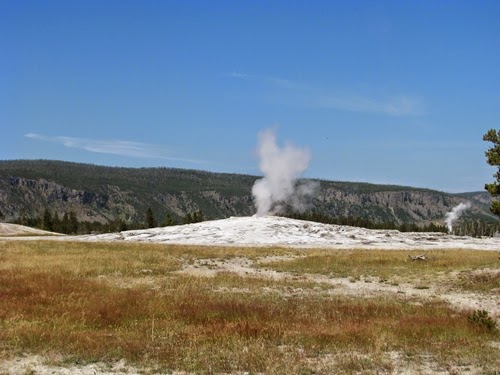 Next day we arrived at Yellowstone midmorning, and saw a fair amount of the essentials.  Old Faithful was going off at the same time as a more distant geyser. 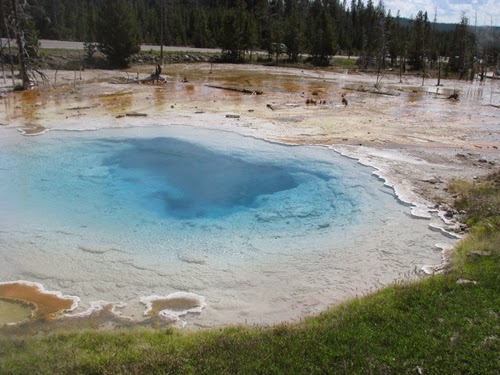 The geysers are fascinating, but I really like all the weird mineral pools and thermal features.  We didn't have time to drive through the whole park, but we ate bison chili at the cafeteria and took enough walks to give the girls a taste of the park.  Quarta might have seen a bear as we were driving along at one point, but she wasn't sure.  After leaving the park we made it to Twin Falls for the night.  And the next day we drove all day and arrived home.  The house was still standing, and we had a Sunday and a holiday Monday before the school wars began again.

The travelling was not quite over yet for me, though, because Peter's graduation from Basic Training was the following weekend.  I'll do that travelogue in another post.