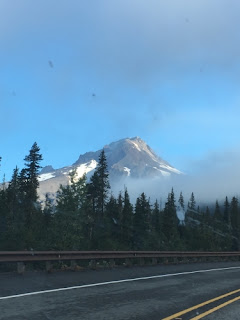 Here it is, after Labor Day and I still haven't blogged about Family Camp! This year Tertia and I had two camps almost back to back. Last time I talked about Young Life Capernaum camp in Virginia. That was "glamping." But our church's annual Family Camp is in just as beautiful a location, just... slightly more rustic. Here is Mt. Hood through the dirty car windshield on our way. 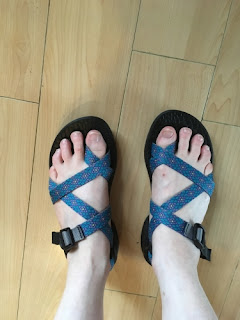 After seeing just about all the YL leaders wearing them, I now have my own pair of Chacos. The only sandals that require a learning curve to adjust. But they are much more comfortable than my others. 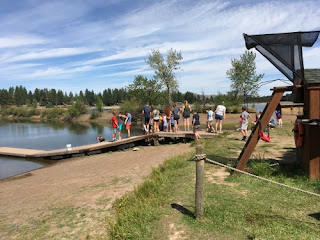 Really, the only pictures I took at Family Camp were of the Bananathon. It's such a great tradition. Three teams, and they start by "paddling their own canoe" out onto the lake to get the banana from the ref in the boat out there. The banana is the baton. 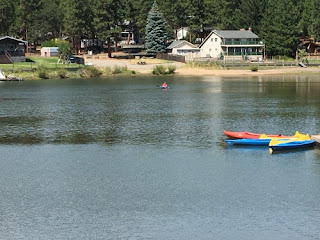 Camp Morrow, our site, is in Wamic, OR, on Pine Hollow Reservoir. The camp lake is a smaller and higher part of the larger reservoir. 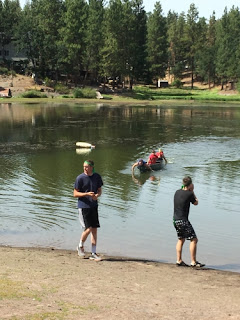 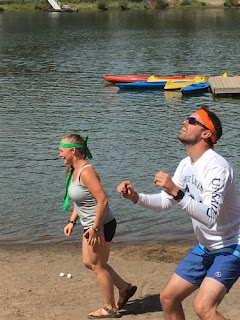 The egg toss. I just happened to catch two great action shots of our future pastor, in fine form with intense concentration. 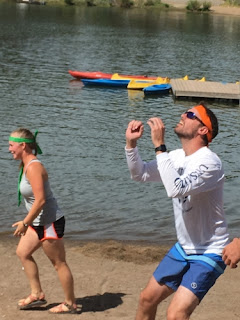 The Bananathon can be exhausting, and it's probably intended partially to wear out the young contestants. I didn't document the pudding eating contest, splashketball, frisbee, three-legged race, 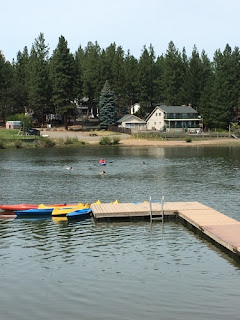 But I did catch the unfortunate sinking of the Purple team's canoe after they had to paddle out again to get a fresh banana. All the teams do this after all the other events are finished. You wouldn't want your team leader having to eat the mushy banana after all those events, would you? They have to make it back to the flagpole, the team leader eats the banana and the first one to whistle afterwards wins the glory for his/her team. But, sometimes one canoe sinks, sometimes they all do, on either the outward or the homeward leg.

That's it for pictures. We did all the usual hallmarks of Family Camp though; the waterslide, the swimming and boating, staying up late to play board games and eat cookies, listening to edifying speakers, and celebrating it all in the talent show.

Oh yes, here are a few pictures from going out to Virginia and back, taken from the airplane by Mt. Shasta and on the return, out of San Francisco. 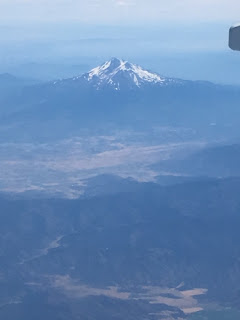 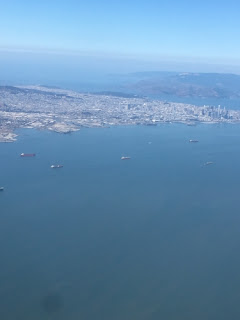 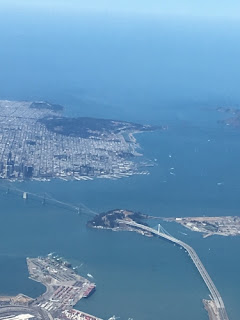 Sorry I didn't share those along with the Capernaum Camp post. It's an ironic thing how, when I have an abundance of bloggable material, I tend to lack the time/energy to blog!

Speaking of which, posts soon to follow (I hope) on projects finished during August and September, and general updates.
Posted by Kathy at 3:02 PM