Musca domestica; or, where's Domitian when you need him? 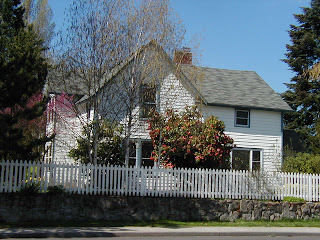 It started with a couple or maybe three houseflies in August. Somehow they had found their way in, and were relentlessly circling around in midair in the living room. It seemed they never lighted, but they must have. By late September there were several, and some had started circling in the family room, occasionally dive-bombing us as we watched TV. I discovered that the kids' toy bug-catcher net was useful, and started performing catch-and-release (outside) operations. My sister, visiting at the time, commented that I was perhaps too tender-hearted... "Albert Schweitzer" she called me. She was right. Sterner measures were called for.

Ordinarily, our cats take care of the common housefly, which usually is fat and slow flying. But these flies are of a different breed, smallish and high-flying and fast. We eventually discovered that when they rest, they rest on the ceiling. Catch-and-release morphed into catch-and-squish, then dump-and-flush. I became adept at the precise swooping motion needed to catch the flies when they were resting on the ceiling. The net became blood-spattered. I discovered in December that our angelfish and the new electric yellow cichlid like to gobble down flies when they are dumped into the aquarium. The white angelfish has now aquired the name "Glutton" because he eats the most. The black angelfish is now "Botox" because his oversized lips make it difficult for him to catch the flies without pushing them away. The yellow dude is "Lightning" because he is fast and unpredictable. I thought we had them whittled down over Christmas; but yesterday a new brood must have hatched. We came back from church to find a veritable menage-a-vingt-trois circling in the living room.

In other news, our house will be open to friends and neighbors this Friday. The Last Noel began when we were too slow to plan our Christmas or New Year's open house, and just decided to go with the Epiphany theme and call it good. It's actually a good time for a party: the first full work-week of the new year. We have found that it's an expected event every year now. Hope you can come and partake of sloppy Joes, Christmas music and goodies with us.
Posted by Kathy at 5:44 PM