Crickets Still... Some avenues of exploration for conflicted reporters 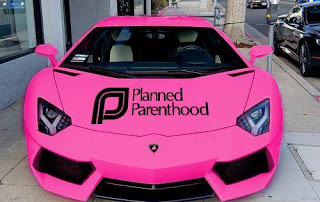 Social media such as Twitter and Facebook may have their detractors, but right now I am inclined to believe they are ground zero for the war for the soul of America, and if you want to fight on the side of the angels, this is where you need to be. At some point in the last weeks Planned Parenthood mounted a social media campaign, encouraging supporters to tell inspiring stories of how they were "helped" by the abortion superstore, in hopes of countering the trafficking in baby parts scandal.  My absolute favorite - "I can share my story because my mom didn't abort me and have me parted-out like an '87 Honda."  By multiple accounts, Planned Parenthood is losing the battle for social media.

But  in the mainstream media, television networks ignore the scandal entirely and newpapers cover it in the most clinical and detatched fashion possible.  Despite massive, spontaneously-organized demonstrations in every major U.S. city.  Why is that?  Well, in my opinion, part of it is the embarrassment of being scooped.  No journalist likes to be beaten to a big story.  And these rank amateurs at the Center for Medical Progress. Everything they have released so far is on their You-Tube channel, for anyone to view and analyze. And even amateur bloggers like me are viewing and analyzing it, both the edited (not so deceptively, actually) and unedited versions.  But that doesn't explain why most news outlets still tread on eggshells around the sacred ground of Planned Parenthod.  The sensible thing, the thing you would expect most conscientious reporters to do, is to jump on the investigative journalism bandwagon. Careers are to be made if you can come up with a new angle... and you would expect to see energetic brainstorming going on in the newsrooms at all the major networks.  This just in... as I was writing, it does appear that Fox News is doing it old school. A special segment for tonight.  Kudos to Fox, and let's hope this is the tip of the iceberg when it comes to news coverage.

But what about everybody else?  Showing the films is a guaranteed way to keep away pro-abortion protesters, as Louisiana governor Bobby Jindal discovered when they showed up at his mansion.  Democratic congressional staffers also respond to them about as warmly as vampires to garlic, as the Susan B. Anthony list discovered when they hosted a screening.  Sooner or later, all Americans will have to face any moral culpability they personally may have in the abortion culture that has stood unchallenged for far too long.  I think we will start to see more moral honesty coming from reporters who have wrestled with it, as from the man who wrote "I don't know if I'm pro-choice anymore."  So many reporters have probably had abortions themselves, or been responsible for one of a partner, or been told "this is a fundamental right period end of statement" so often, they don't know how to challenge it.  But that is, kind of, what reporters are supposed to do.  If you're a journalist who happens to stumble across this little blog and you're wondering how to tackle it, I double dare you.  Find out the truth.  Some of us aren't in a position to do so.  But feel free to take any of these ideas and explore them.  I think most of them would be of general interest, not just to those who are pro-life already:

What exactly do fetal tissue procurement companies like Stem Express need "at least 50 more livers a week" for?  Could it be for the "skid mice" that Daleiden mentions a few times in the interviews with Stem Express and ABR?  And what exactly are BLT, humanized mouse models?  They appear to be chimeras, genetic combinations of human cells from you-know-where and mouse cells.  A lot of this research seems to be done in large "mouse houses" like the Jackson laboratory or the University of Wisconsin. (Just to name a few phrases my not-too-keen ears  caught in listening to all the uncut videos.)  This appears, to my unscientific eye, to be some serious genetic engineering.  With or without tissue from aborted babies, is it ethical, by general consensus? Is there a general consensus? How is this research funded? Any of it federally?  What about those tantalizing mentions on the videos of Planned Parenthood clinics that ship a lot of tissue for government research? Did you even hear them, or have you watched the videos? What kind of guidelines are there for procuring the tissue, and who makes sure they are followed? If the abortion providers aren't supposed to make a profit on the tissue, how much of a profit are the middleman companies making? Stem Express no longer makes their price list publicly available but records exist, and fetal liver cells start at more than $500 a vial.  That's a pretty significant markup from the $75 a specimen Planned Parenthood is getting, if that's all they're getting.  Or is that $75 per body part, and then Stem Express and ABR and other companies like them do the work of "deboning the chicken" as they say, and passing along to researchers isolated cells that are unrecognizable to the average lab technician as coming from a human fetus? What kind of training do lab techs have, and why would they "freak out" and "have meltdowns" if they received a recognizable baby part? Is there an ideological test for people who aspire to do biomedical research at the graduate level? Are people with ethical or religious objections blacklisted in major research universities? What kind of legal protections exist for someone like Holly O'Donnell, the whistleblower who used to procure tissue for Stem Express?

To acquire the right kind of fetal tissue in pristine condition, not all abortion techniques work well from the procurement tech's point of view. But federal law prohibits an abortionist from modifying the abortion technique in any way other than as patient care (the mother's, not the baby's obviously) requires. The procurement companies are quick to acknowledge this legal requirement as one of their limiting factors.  But why do the doctors at Planned Parenthood not do the same? They appear to agree to "convert to breech" or "crush above and crush below" in order to obtain a usable product.  If there is federal law against this, they must surely know it, right? And to disregard it with a wink and a nudge, and figure out how to put it down as a line item that won't raise suspicion, there must be some kind of incentive for them, right?  Follow the money.  I dare you.

Planned Parenthood and ABR are nonprofit organizations, but that doesn't mean that people who work there can't make a huge salary.  Kind of like the NFL, from what I understand.  The janitor at Planned Parenthood makes more than $100,000 a year. What do the doctors and other clinic staffers make? Why is it necessary to publicly fund them in addition to their large donor base, other than as a political payback for their well-known support for Democrats? What safeguards are there to make sure those public funds don't go toward abortion, a practice that is ethically troubling, at least, to a majority of Americans?  Why is Planned Parenthood, an abortion specialist with a sideline in supporting a sexual ethic that is divorced from any value system (other than early 20th Century Eugenics), receiving so much more funding than community health centers that provide more life-saving services like vaccinations, mammograms, and broad-based health care?

In all honesty, I would love to see someone in the media explore these questions.  With each video that is released by the Center for Medical Progress, I am increasingly sickened by the depths to which our culture has sunk.  But reporters, you represent the freedom of thought and inquiry that has made America great.  The CMP has scratched the tip of the iceberg, but there's more, much more, that thoughtful Americans want to know. Go find it out for us.  I dare you.
Posted by Kathy at 4:06 PM