Randomday - Only the Collar Left 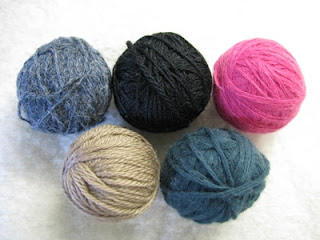 That's right, friends, only the collar is left of my orange Rhinebeck.  And the collar is negligible.  I can knit that up tonight and make the photo finish line before closing ceremonies.  No pictures because, well, I've been knitting all day!

I started this morning at 6:00 (9:00 EST), with some nice energetic knitting to the accompaniment of the political coverage.  I knit faster when the promise of a solid Republican victory is in the air.  And isn't it nice that Paul Ryan is considered young by all the commentators?  He's just two years younger than me, so that makes me... not old.  I finished the second sleeve midmorning, about the time I finished watching the Olympic coverage from last night.  I took a break midway through the buttonband to go pick as many plums as I could from our tree.

There was also a break to go pick up the car from the shop in the early afternoon, and a trip to the library in mid-afternoon.  And then I made a strawberry-rhubarb pie and a blueberry-plum pie.  I also took a break for dinner and two breaks to do my two Latinstudy assignments (Caesar and Bede... Bede is in one of those dreadful papal letters, from Honorius.  The popes would have done so much better if they had stuck to the simple Latin of the Vulgate from which they all-too-seldom quote, and just dropped the pretentious efforts to impress the yokels with their erudition).

Daniel is working his way through Deep Space Nine, which he considers the quintessential Star Trek.  I finished the buttonhole band and cast on the collar through two key episodes dealing with the beginning of the Dominion war.  It's all clear sailing from here.  Yay!  I have fulfilled the Olympic code: Knit Faster, Aim Higher, Compete Stronger, and Stay Up Later watching television until you finish your sweater!  Unfortunately I have not finished my ironing, or made plum jam, or helped Daniel pack for college, or cleaned the house.  But there may be time for those things next week.

More of the random: at the Fair last week Steve and I saw a baby Barbary Lion, a species which is extinct in the wild.  It was asleep the first time we went by, but then awake right before we left the fair, and frisky.  I've never seen anything more adorable than a frisky kitten-lion trying to gnaw the head off its stuffed penguin toy.  And it was posing in people's laps, for photographs!

Recently I had an occasion where I contemplated the changes that twelve years of immersion in ancient language have made in my brain.  I was trying to explain the difference between a mystery gourd, which I think is a pumpkin, growing in our compost pile, and the watermelon which Daniel was hoping it was.  "Pumpkins have different leaves than ...." and there I paused.  Because I had to be sure the correct plural was "watermelons" and not "watermela."