What I Did On My Summer Vacation, Part 1

I took a bit of a blog vacation this last month.  This summer it was harder to blog than it has been, with Peter away at Basic Training.  I started living for the short time he was allowed to call home every Sunday.  It's not like life got put on hold, except that it did, sort of.  The family wasn't quite right because he wasn't here.  Now it's the second day of school and it's really time to make up for all the blog neglect that went on.  I don't say I'm motivated, exactly, but I have missed being able to write. 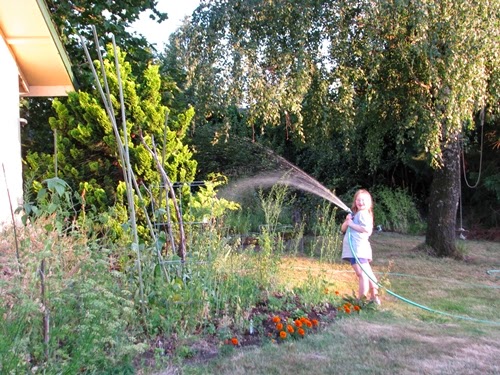 This was what life was like when I last blogged.  Tertia watering the garden, mugging for the camera.  Pacific Northwest summers are lovely; usually not much rain from July through September.  It's a little-known secret. 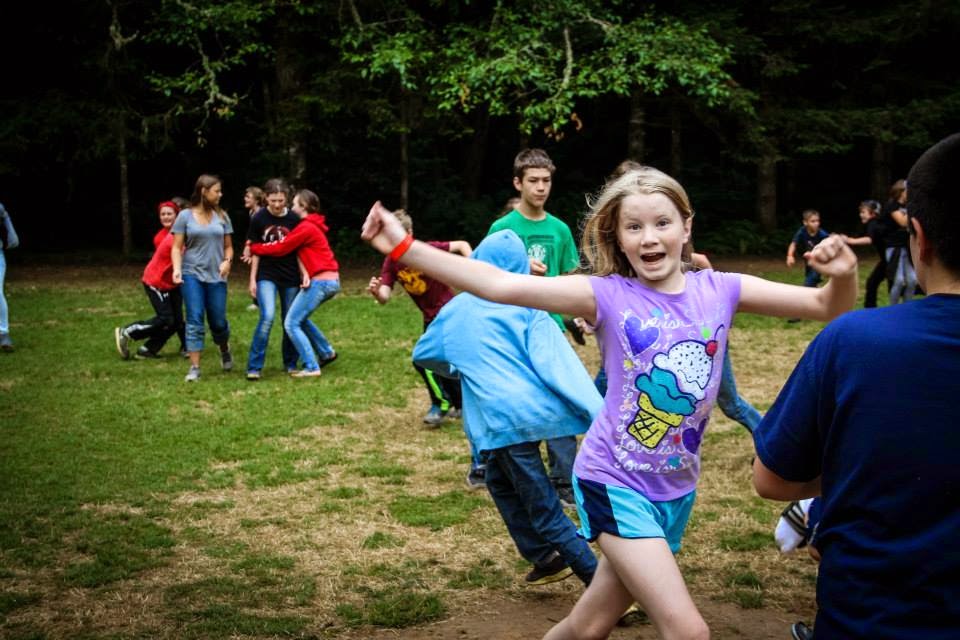 Quarta went to summer camp, where she was like this... 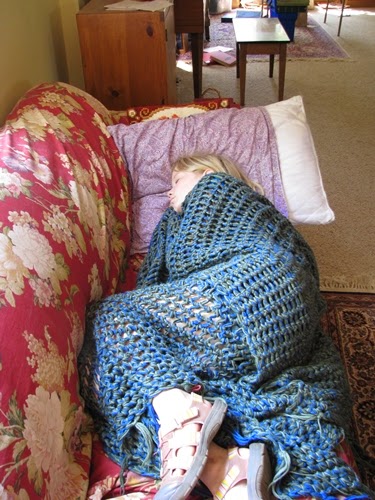 And as soon as she came home was like this. 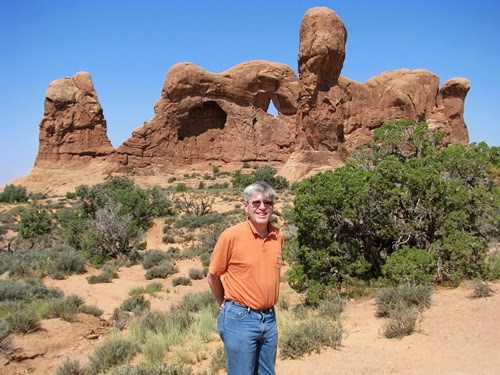 Then it came time to take Daniel back to college.  He is a freshman RA this year, and had to be in Pennsylvania a week early for training.  Steve took him out in the van, stopping for some scenery along the way. 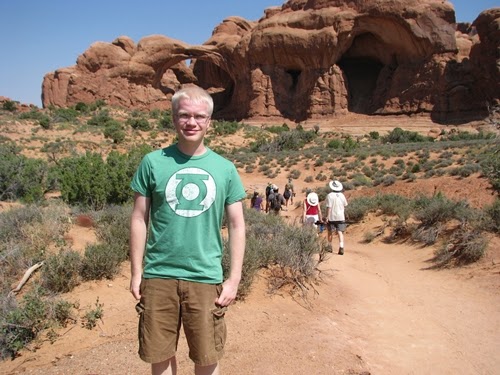 Arches National Park in Utah.  The girls and I waited a few more days, then flew out to Washington D.C. after Steve had already dropped Daniel off. 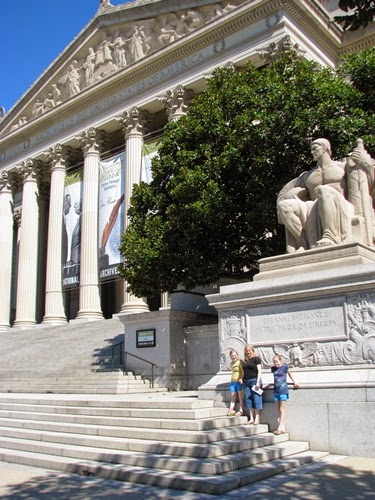 We had one very packed day of sightseeing in D.C., starting with the National Archives, where Tertia took great delight in anything relating to Thomas Jefferson (having just graduated from a middle school named after him). 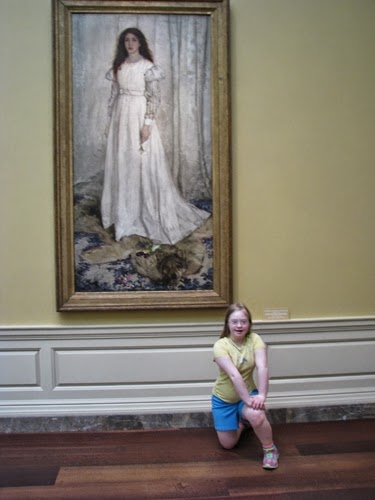 She also asked to have her picture taken next to this picture at the National Gallery of Art.  Apparently she remembers this well from her own art class. The Capitol had scaffolding up around it.  We went through the Museum of Natural History, then past the Washington Monument and down through many of the monuments I had not seen, to the Lincoln. 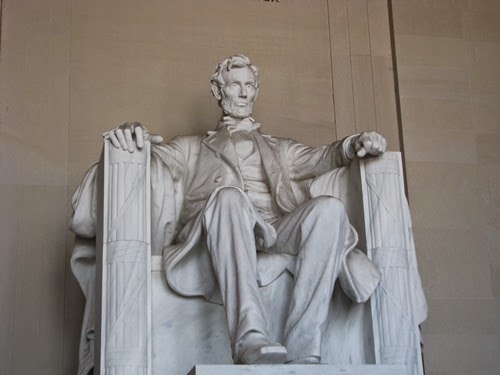 And Honest Abe is still seated where I remember him.  There is something reassuring about that.  We continued, very footsore by this time, around the Tidal Basin to the Jefferson Memorial.  It was a lot of walking... well over 5 miles I think.  We will try not to do that much walking in one day again, especially with Tertia.   But... it was for HISTORY!

That appeal to history did not work so well the following day, when we toured 3 Civil War battlefields (Wilderness, Spotsylvania and Chancellorsville, although I'm not sure I got the order right) in Virginia.  Not to mention the house where Stonewall Jackson died.  This was on our way down to Williamsburg, where we checked into the Wyndham resort for our family reunion.  You'll have to stay tuned for part 2 for that bit.
Posted by Kathy at 9:02 PM