Randomday: Clearing the Decks (sort of)

Thanksgiving is a wonderful holiday.  I cook like a madwoman for a few days and then get to stay in bed until 7:30 the next few days.  Maybe even 8:00.  And there are leftovers, although not so much as you might think of the turkey and mashed potatoes.  I don't do the crazy Black Friday shopping.  In fact, I think that somebody else should produce Christmas this year.  I produced Thanksgiving, and that should really count for something, right? 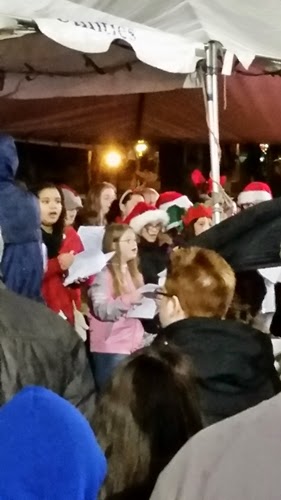 Tertia did her part to get the Christmas season off to a festive start at the annual Tree-Lighting yesterday.  It went on despite the rain, combined choirs singing several dozen carols at a good clip, proud family members looking on.  There was a romantic proposal of marriage (didn't catch who, but they seemed a nice young couple) after the choir finished singing, then the wait for Santa and Mrs. Claus to show up and throw the switch.  It's the fourth year Tertia has been able to participate.  Getting to be a tradition for her.  Then we went home and had hot cocoa.

Today started off with promise: I spotted a Latin error in the Washington Post.  Nothing makes a grammar geek's day quite like spotting a noun-adjective agreement problem that slipped past the experts.  For the record, the writer chose to say "alumnus non grata."  Now, "persona non grata" is perfectly fine Latin, the feminine adjective agreeing with the feminine noun, and "alumnus non gratus" would have worked although the play on the more familiar "persona" would have been over the heads of the average Post reader, I suppose.  If you ask me, the appropriate quote for the story would have been "corruptio optimi pessima."  But that would have required 8th grade level grammar.

So for the fourth year, I am planning in on joining in on the Bonnie K. Hunter mystery quilt.  This year, it is Grand Illusion, inspired by the Grand Hotel on Mackinac Island, Michigan.  The color scheme has a nice "ladies that lunch" vintage feel about it, and I am eager to dive in.  But since quilting has not been happening that much lately, there was unfinished business to attend to.  Another Bonnie Hunter pattern actually -- the Santa Fe String Star that I have been working on for months.  I dedicated the first part of this holiday weekend to seaming the star medallion together, along with the little stars from the extra diamonds in each color. 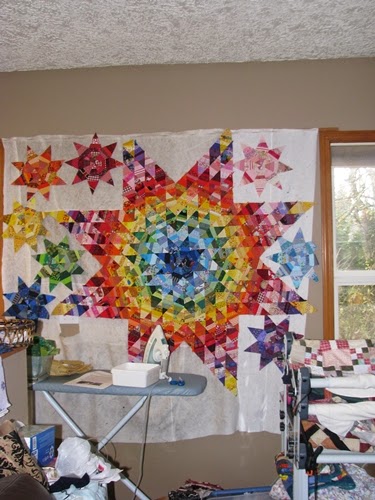 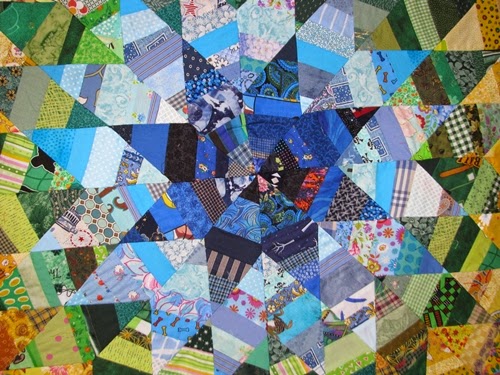 I'm pleased that the center of the star lies relatively flat.  I pressed the seams open for all the diamonds but it's still fairly bulky with all the strings. 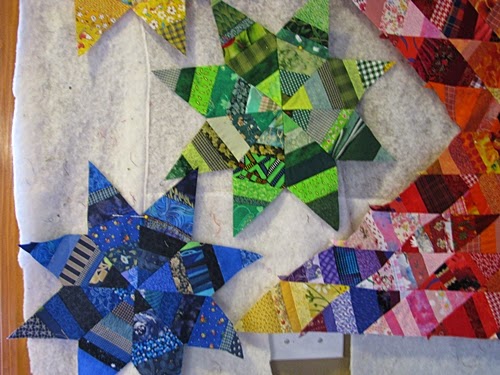 I really like all the little stars, and hope I can figure out how to use them in the setting for this beast. 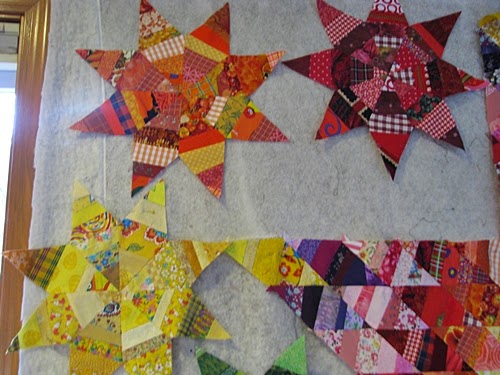 I went out this afternoon and bought 5 yards of Kona medium gray for the background.  I think it will work well. 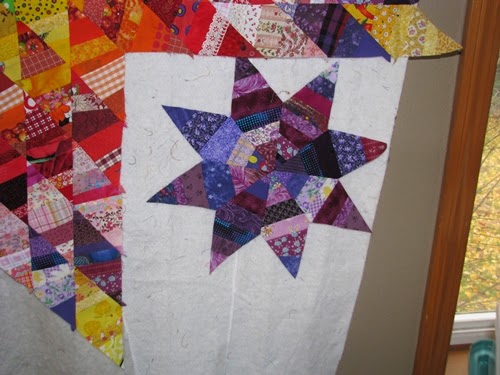 I have the large central star and 8 little stars. 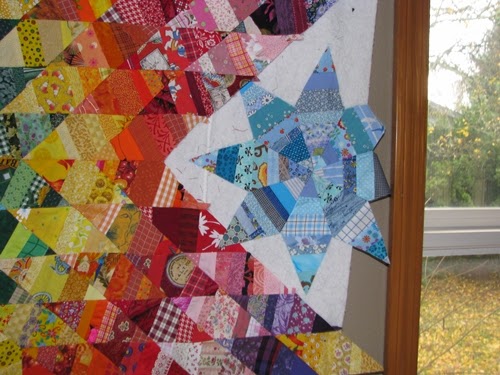 The scrappy string quilting process is a lot of fun... but it leaves the sewing area incredibly messy. 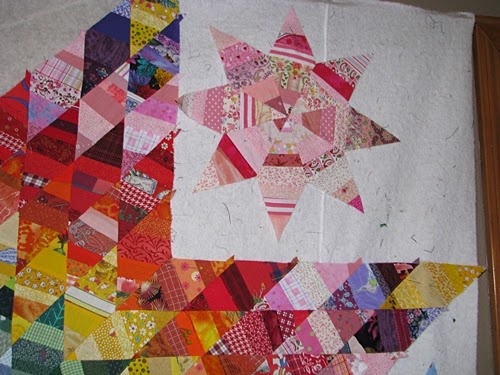 The stars will stay on the design wall until I figure out how to set them in the gray background fabric.  I think it has great potential to be one of the most artistic quilts I've ever made.  But it's far from finished. 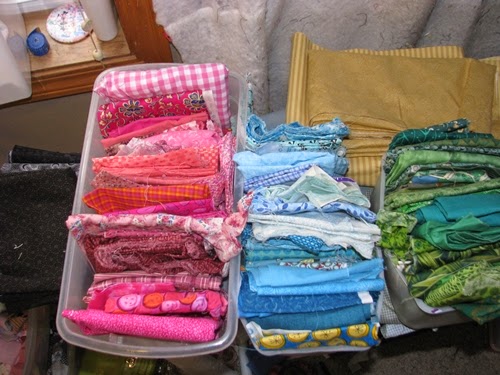 Meanwhile, today I started to pull fabrics for the mystery quilt and make the pink and blue half-square triangles.  I have already made about a third of the umpty-hundred I need.  But I don't think I'll run out of fabric anytime soon.  Too bad, really.  I at least need to cull through my little scraps and clean up my working area a bit more.  I will have to return to school on Monday, so my sewing time will be curtailed once again.

Lots of fun movies have been watched over the Thanksgiving holiday.  Sleepless in Seattle on Thursday, Jack the Giant Killer yesterday, and that great classic, Chicken Run, this evening.  We are a little closer to giving the girls a proper education.  Speaking of which, poor Peter is experiencing the less than joyful process of filling out college applications.  They can put paperwork online and they claim that it makes it more efficient, but it is still destructive of the human soul.

Love, love, love all of your stars! What an explosion of color. Wonderful!!

Your star is fabulous. I didn't even know Bonnie did a star pattern. Hum, maybe I should actually read her books sometime! Keep up the great work.

Those stars coming along so well, Looks like it's going to come out wonderfully!

I am just in love with all those beautiful, gorgeous stars! They will be twinkling all over one heck of a quilt when you are done. Very exciting!