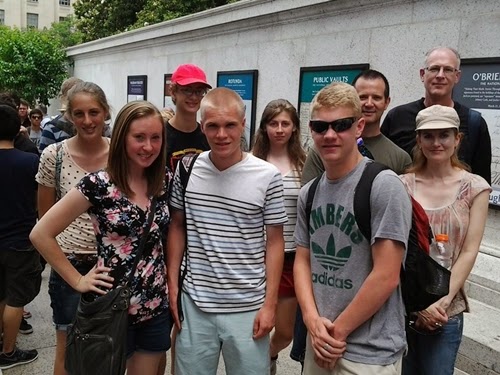 Randomday - here's a photo of those fine young people on the trip to Washington D.C. 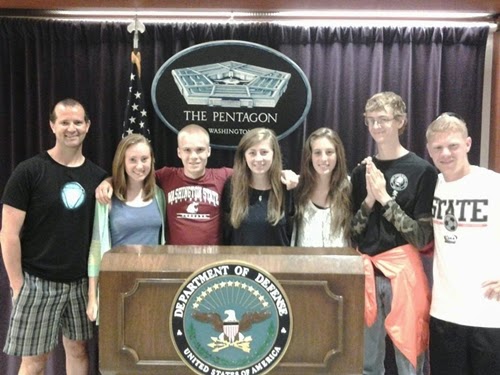 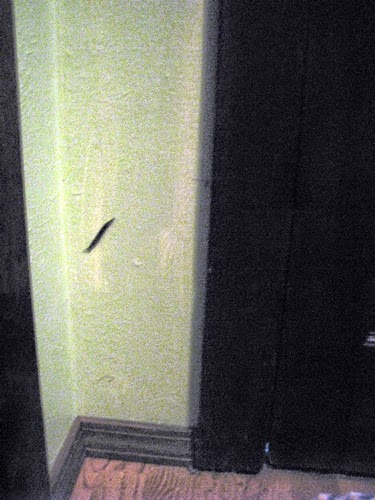 And now for a really random picture - the slug that came in the crack under the front door a few weeks ago.  I really wish they wouldn't do that.  I had to get a stick to remove him.

Weather was lovely today -- the girls and I attended a wedding; the boys took Steve to play golf as a late Father's Day present and a last hurrah before Peter ships off for boot camp next week.  Peter has discovered after more than a year how his voice mail works on his phone; he had to go shopping for the regulation socks and underwear and duffel bag he will need.  I'm a little worried about him since we don't have a definite schedule for him yet, but he's going to have to learn to manage his life and better sooner than later, I guess.

Daniel found a good deal on an Ipad mini on Ebay and it arrived today.

I spent a significant part of the morning ironing the backlog of Steve's shirts and pants.  Daniel downloaded a mod for my Civ4 game, called "Caveman2Cosmos".  It is so big it takes 5 minutes to load and taxes my computer to its limits and sometimes beyond, but it is quite fun to take my stone-throwers and trackers out to hunt orangutans and sun bears.  I am playing the Celts and they started up in the Amazon rainforest.

Steve and Daniel picked raspberries yesterday and I made jam, with Quarta's help.  It turned out a bit too runny.  The plum tree is looking good for this year -- not quite as loaded as last year, but still quite respectable.

I found an interesting bit of Proto-Indo-European when I was doing my Bede translation today.  He keeps mentioning "frater germanus" and I finally found a link that explains it, kind of.  The interesting thing is that "hermano" is Spanish for brother,  but the German word for brother is completely different - "bruder".  I've been reading a bit about what it might be like to be a polyglot this week: a fascinating article.  The idea is appealing but I don't think I could maintain my sanity and learn that many languages!  My current list: English, French, Latin, Koine Greek, Italian, Spanish, and German.   The German is still pretty beginner level.  I'm counting down the days until Duolingo offers Dutch, and I would like to learn at least one non Indo-European language at some point.

I just realized it is the Summer Solstice and I still do not have Celtic Solstice finished.
Posted by Kathy at 10:30 PM

There's a chance you are eligible for a free $1,000 Amazon Gift Card.