This summer vacation thing is getting away from me.  I have not been blogging at frequent enough intervals.  And I don't seem very motivated to change at the moment.  Steve spent most of the week at a conference in Virginia for work.  He flew back yesterday, reportedly sharing a plane with John Boehner, although he didn't notice him. 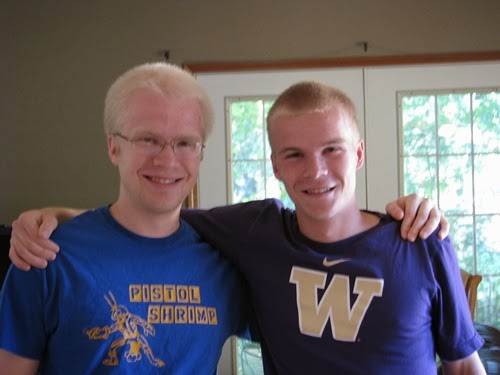 Peter has reported to Oklahoma for Basic Training.  I took him to his recruiter's Monday and he was taken to a hotel near the airport: Tuesday he spent getting paperwork and medical clearance at MEPS (I don't know what the acronyms stand for - maybe "Military Endurance-testing and Paperwork Silo" would be appropriate), and then we were able to take him out for dinner at the Golden Tent.  Wednesday he flew out and I talked to him when he was in Oklahoma City waiting for the bus to the base.  He was feeling pretty upbeat and not expecting to get any sleep for the next few days.  I like this pic of the two brothers that I snapped the day he left.  I don't know when we will hear from him again.

So, like any mom would do, I took the laundry he asked me to do out of his duffel bag yesterday, and then I decided to check the closet.  It was the stereotypical avalanche scene.  Think "The Trouble with Tribbles" with socks and jeans.  Everyone assures me that they were probably clean... because Peter has been doing his own laundry for years, he just hasn't been sorting it.  He dumps it in his closet in a giant pile and fishes out what he needs on an ad hoc basis.  But because I'm the mom, I decided it all needed to be washed, and then sorted.  It made me feel better, anyhow.  His t-shirt drawer is now a thing of beauty.  And I will never believe him when he says he needs me to buy him new clothes again.  Organizing his chest of drawers is a skill I hope his drill sergeants emphasize. 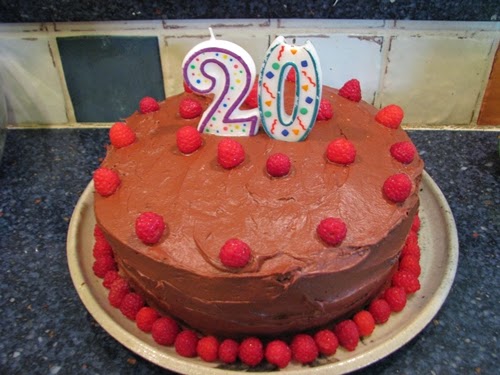 Yesterday was Daniel's 20th birthday, but since Steve was just getting back and we had a concert to go to, we postponed the official party to today.  It gave me time to make this cake, which is delicious.  It may be the favorite birthday cake ever. 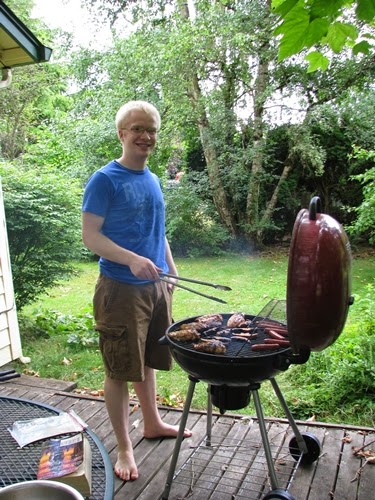 The birthday boy enjoys grilling, so we let him.  There was chicken, brats, hot dogs, hamburgers, and grilled portobello mushrooms.  There was potato salad, baked beans, watermelon and fruit salad. 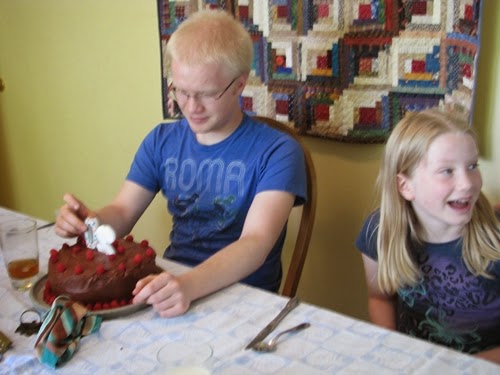 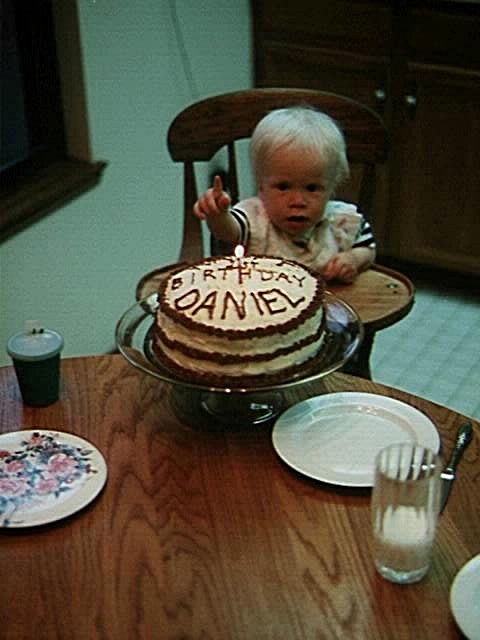