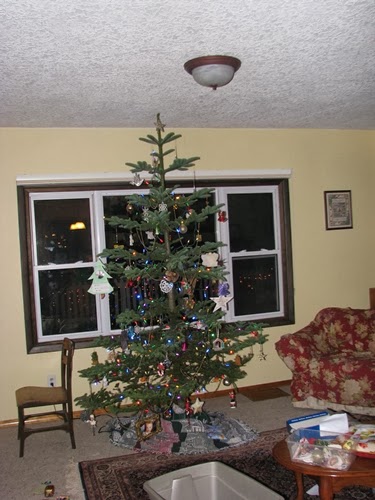 The tree is up!  Take your pick of with flash... 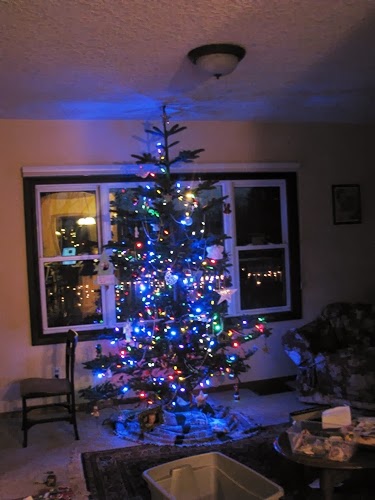 or without.  It's a Noble Fir, and thanks to the generosity of the Leuthold family farm.  It makes a nice change from the less than perfect specimens we've been raising in our backyard for the last several years.  The natives were complaining. 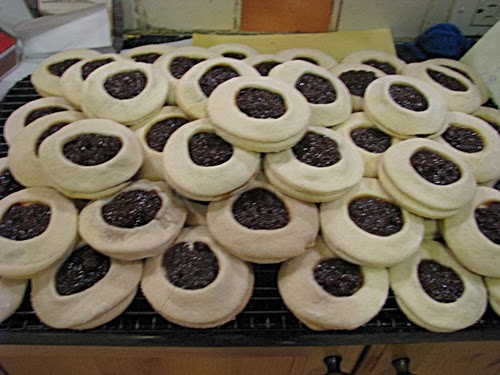 We have been appreciating a nice clean fridge this week, after last week's defrosting adventure.  And so far, it appears to be keeping the temperature cold enough.  For the first time in a long time, we actually had some food in the fridge get TOO cold! 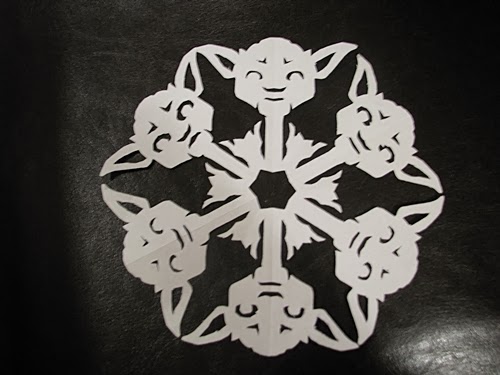 The Cedar Tree Christmas program was last night.  It was Quarta's last year to sit on the Grammar school side of the church.  I graded Latin quizzes through the program, occasionally stopping to ponder the fact that Latin teachers don't get the glamorous jobs at Christmastime, like the music teachers do. 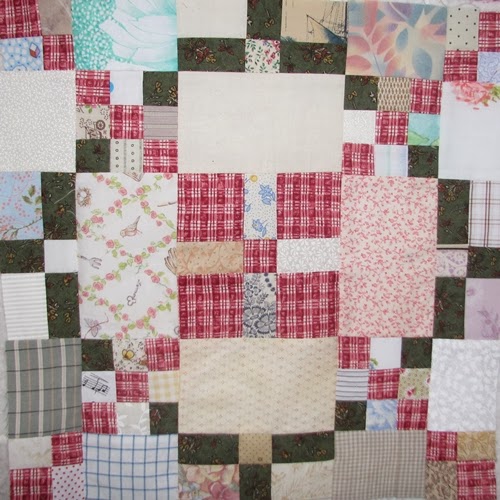 I stayed up late and finished my second of the APQquiltalong blocks.  Or maybe it should be #APQquiltalong.  I'm not sure how to use hashtags.  I didn't even know pound signs were called hashtags until this year.  In any case, I'm liking this low volume scrappy background with the graphic diagonal bits of color.  Here was the first block: 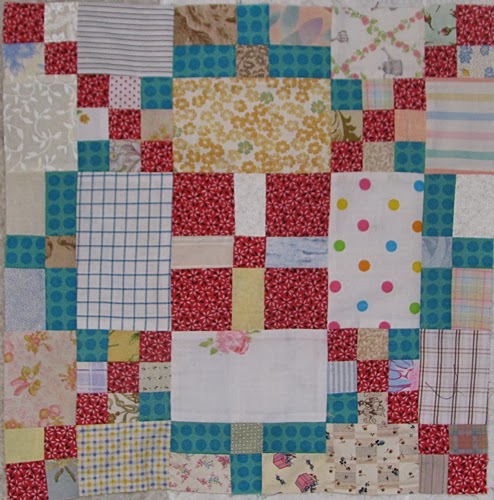 Today I have made more than half of the half-square triangles in yellows and oranges needed for the third clue of Celtic Solstice.  Glad I'm doing the smaller version rather than the King size!  It was a good day for lots of scrappy piecing.  It was not a day where I felt inspired to catch up on all my Latin grading, unfortunately.

Daniel had three final exams today; he has one more on Tuesday and then is flying home Wednesday.  We are really looking forward to having him back, although I already know Christmas break will not be long enough.
Posted by Kathy at 7:01 PM

My Grandma and I used to make filled cookies like Peter did! Brings back special memories. We used a mincemeat type filling and sometimes a jelly filled center.

glad you told me what a hashtag is , i didn't have any idea

I love your Random Day posts. I think it's because I have an eclectic brain that jumps like that! So the blocks are only on twitter or facebook or something? I'm not sure who uses hashtags, but I do know what they are. =) I'm not a social media user - just blogs. Love your blocks, anyway, and the picture of the cookies looks so delicious. Yoda snowflake! I'm going to have to play with that idea, too! And ... either way, your tree looks very nice!