Believe it... or not 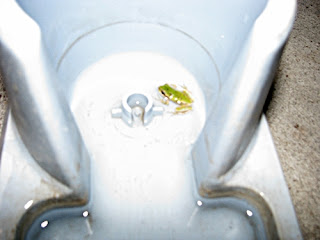 You know it's time to clean and change the cats' water when you find a little green frog in it. Primigenitus has "pets" chore this week, but Tertia had it last week (and doesn't usually go downstairs) so there's no telling how long this little guy was in the basement taunting the kitties.  We gave him his freedom outside in the bushes. 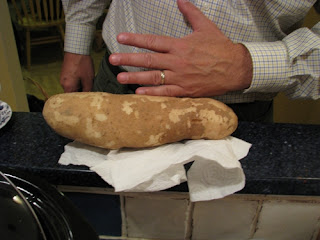 We hosted Bible study tonight.  Isaac M. showed up with this massive potato he grew. 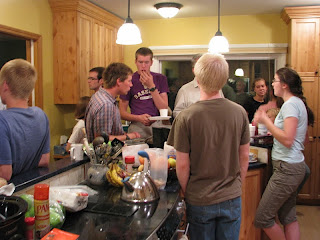 I'm always amazed at how many people crowd into the kitchen during Bible study... 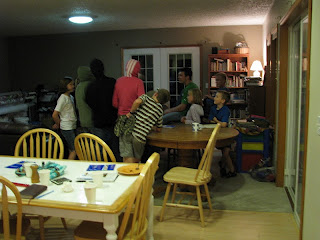 ...and how such a relatively small number of kids can fill a house with so much noise and energy.  Many of them see each other several times a week anyway, but there's something about the post-Bible study time that brings their energy up several notches.  Maybe it's the sugar. 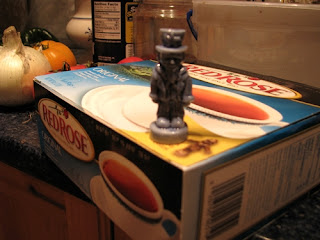 I made a pot of Red Rose tea... it came with a little ceramic collectible Uncle Sam figurine for July.  But consider the irony... Red Rose is a Canadian brand.  Uncle Sam is obviously a beloved American figure; but he was made in England.  There's something a bit wrong about that, I think.  Uncle Sam looks vaguely leprechaun-like to me.  Make him green and he'd work for March.
Posted by Kathy at 10:28 PM