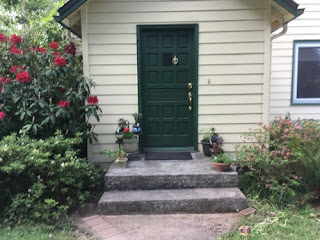 It has been a wet week, no, year, here. And cold. We refuse to put the heat back on because, dang it, it's June... but I've regretted it every time I did not put a wool sweater on first thing in the morning. The good news: in the combat against the moss on the front porch, I have achieved a certain measure of success. Bleach water, plus scraping with the ice scraper, plus a whole lot of elbow grease did the trick. I felt a little sorry for the ant that ventured out during the process, so I commemorated it with a poem:

The rain started up again and I'm still waiting to finish the back porch. Quarta finished school this week and has been cleaning house for me. She seems to be channeling all the energy she was using on academics and she wants to clean and organize things. I'm not complaining. She has dusted the garage roof with de-mossing powder, thoroughly cleaned her room, the kitchen counters, and the family room, and scrubbed all the spidery stuff off of the sliding door and cleaned those windows. She will work for chocolate bars and videos. 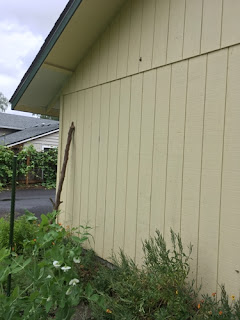 Snails love this weather. That's one way up on the garage wall, looking a bit lost. 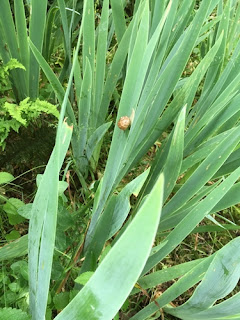 Most stick to the lower growing vegetation. I don't kill snails, but if I can find a large leaf to squish a slug under, I have started to be able to do that, with much shuddering. Still, if I unknowingly touch a slug, there will be squealing. 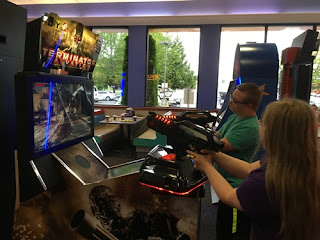 Tertia went to a birthday party for a friend in her class. At Chuck E. Cheese's. It has been a long time since I accompanied kids there. It's one of many situations that I could describe as "introvert hell." But Tertia and her buddy had a grand time. 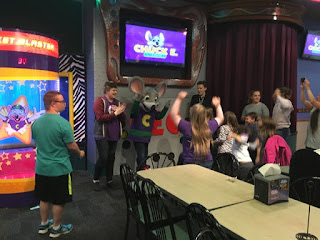 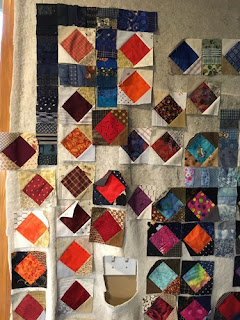 I have been slowly working through my fabric stash and cutting for my latest quilt project. The diamond-in-square blocks are multiplying. My design wall isn't big enough for my vision. 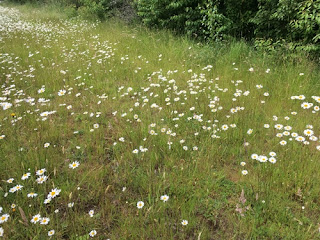 Daisies were blooming the last time Steve and I took a walk around the elementary school.

The shootings in Northern Virginia really shook me up Wednesday. It feels odd to hear local friends shrug it off, as if it's too far away to affect them. But I lived there for more than three years. It feels like one of my hometowns. I keep asking myself, with all the escalating divisiveness of politics and particularly the media coverage of it, if the whole world has suddenly gone crazy. I mean, I never liked Trump, but after seeing him beheaded in effigy in the name of comedy, and now members of his party targeted for assassination, I find myself much more sympathetic to him... so congratulations, Kathy Griffin and Bill Maher, you've won me back to supporting the Republicans automatically and hitting the mute button on left-leaning anything. I wonder if it's even possible for a couple to get married anymore, if they are from different political backgrounds.  Steve and I are both the products of such a mixed marriage. It brings a certain balance and richness to family life, or it used to. But I can't see how it could work now. Peggy Noonan's column is really great. People should read it and take it to heart.

Thursday morning began on a much funnier note. This is the dream I had right before waking up: Steve pointed out a man to me: he looked exactly like Steve Carell the actor, only his name was Willy Wonka. In the same deadly-serious voice the real-life Steve had used to inform me about the congressional shootings the day before, the dream Steve told me, "That man is Ivanka Trump's ex-husband." There was a beat as my subconscious treated me to the punchline. I woke up, shouting "Ivanka Wonka!" Oh my goodness. I wonder if my subconscious could write more material like this, and I could sell it.