Wow, it is so easy for an old, worn-out Latin teacher to fall into slacker habits in blogging, even when trying to reform.  (I can only imagine what Donald Trump would say: "Kathy Chapman is a low-energy person. I like people who blog regularly and say nice things about me. What a loser!")

So in the annual tradition of blogging Christmas, here are the photos from 2015: 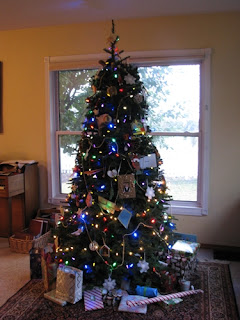 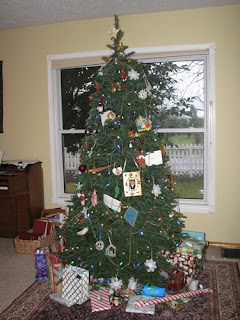 The tree, a real purchased one this year! Without and with flash. 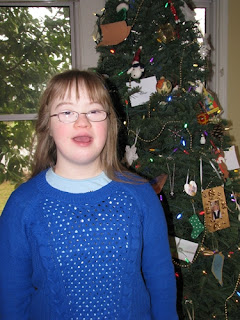 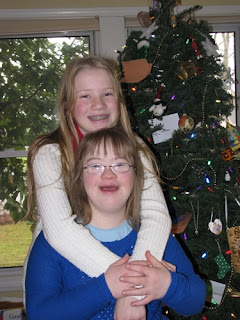 The girls both had new sweaters, bought for the Christmas morning pics. 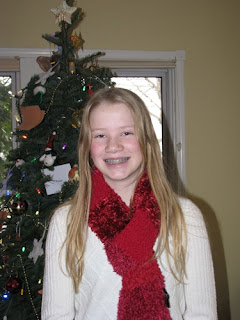 And Quarta didn't give up until she found the perfect red scarf. 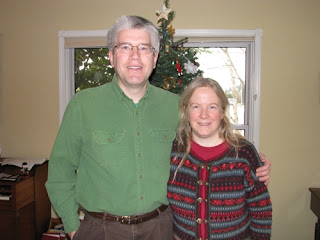 Hopefully not too American Gothic. 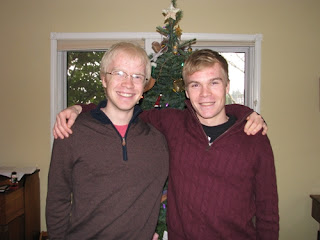 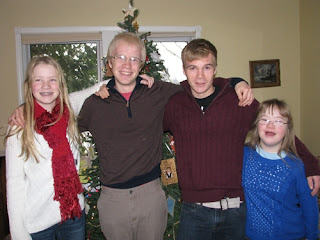 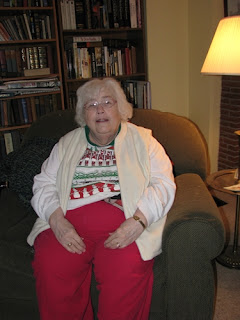 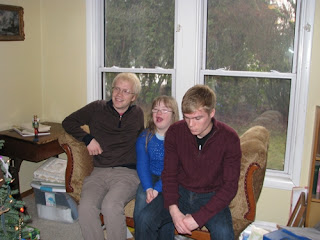 Pretty impressive, getting three big kids on the "throne"... 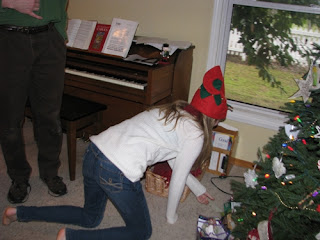 ...while the Elf distributes the presents. 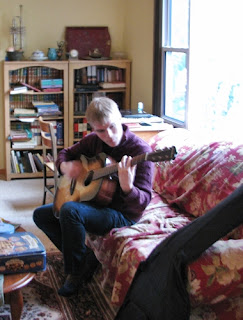 Other themes in the gifts this year: flannel shirts; Greek NT, lexicon and grammar; adult coloring books and pencils; a Dr. Who Christmas showing at Clackamas scheduled for tomorrow; promises of "dates with Dad"; Southern Literature; Star Trek boxers; Inside Out, Cinderella and Minions videos; smoked salmon and fat quarters. 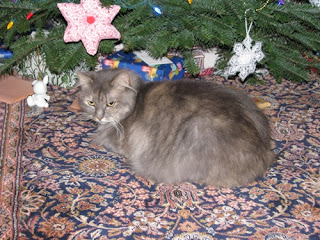 Muffin had her picture taken before Christmas. She's still pretty shy on Christmas morning and avoids noisy, crowded events. But since we lost Bilbo (still sad about that) she has become almost friendly and lets us pet her occasionally.  It doesn't seem right to have Christmas without a cat under the tree picture, so I'm glad she put up with this one.

The meal was ham, Christian's potatoes, green beans, garlic squash, salad, and three kinds of pie - apple, blackberry and German Chocolate. The weather was nice enough that Steve and I had a walk in the afternoon to walk some of it off.

I will be taking kids shopping over the next few days, I think. We're also planning the Last Noel -- this, year, it's a week earlier because of Peter's school schedule.  I'm sewing when I can and keeping up better than I thought with the mystery quilt.  That's all for now!
Posted by Kathy at 8:47 PM

Email ThisBlogThis!Share to TwitterShare to FacebookShare to Pinterest
Labels: Christmas