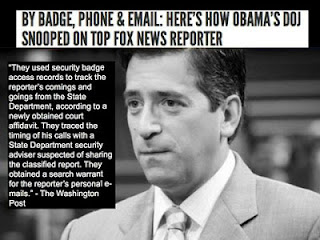 I believe it was Peggy Noonan who introduced me to the idea of "Suits vs. Boots" in politics.  The idea is that politicians tend to be either "Suits" - rich city slickers with powerful connections, never completely to be trusted - or "Boots" - average guys who know how to work with their hands and enjoy an instant connection with the segment of the population that identifies as "from the country" or "working class."  The agrarian segment of the population is, apparently, no longer the majority in America, but it's still a powerful voting bloc.  And country people still innately distrust city slickers.

On this Political Tuesday, I'd like to explore, not "Suits vs. Boots", but "Thugs vs. Lugs."  I've thought for some time that most politicians break down to one or the other.  We all know what Thugs look like in politics: abusing the power of the IRS to harass and intimidate political enemies; abusing the power of the FBI to muzzle the freedom of the press; bribing a permanent underclass with payoffs of all kinds in return for political favors at election time; adroitly manipulating the people to come round to the opinion that all one's opponents are either hopelessly deluded or criminally malicious without ever letting the majority of them suspect the manipulation; and suppressing any criticism of one's actions or, if that fails, discrediting the network that publishes it.  That's what Chicago-style Thug politics looks like in America in recent weeks; third-world thuggery is much worse, of course.  Take a look at the brutal suppression of women pregnant with their second child in China, for example, or just about any headline from Africa or the Middle East.  A basic historical literacy tells us that Thugs have always been a force in politics; governments with checks and balances that limit their influence are a relatively recent invention.

So how can "Lugs" provide a positive counterbalance to "Thugs"?  Lugs are just ordinary guys.  They are my idea of Everyman, kind of like Sam Gamgee... and they're up against Saruman.  They may not be all that bright, and they usually don't come with a political machine attached, and wouldn't necessarily know how to use it if they did.  At heart, they just want to do their job, then go home and mind their own business and work in their garden.  Show a little toughness, and they get accused of cruelty to Sméagol.  Take an unpopular stand, and there's no one to suppress the mockery in the media.  Perhaps most frightening of all, it's easy for a Lug to turn into a Thug.  Stay in Washington too long, accept too many political favors, and you might be the one running the political machine before you know it.  I've heard many people say things like, "All politicians lie.  They're all crooked.  You just have to pick the one that's least crooked."  I have only ever heard this from Democrats when their guy has been caught in a lie, but there's an undercurrent of truth in it... politics is a business that tries to corrupt people.  Politics wants Thugs and uses its corrupting influence to create them.

Every time I sit down to write a Political Tuesday post, I have self-doubts.  What if this is too hard-hitting for my mild-mannered audience of mostly fiber artists and quilters?  What if it's too partisan?  I suppose it's also quite possible that no one will be interested in it anyway.  But you know, that's the kind of thinking that lets Thugs run away with things.  In my own way, I need to fight for the rights of the little people vs. the Thugs.  I'll go back to the quilting news tomorrow.  This is still America, and we still have the right to free speech.  But I suspect it will only last if enough of us use it.
Posted by Kathy at 9:19 PM

I appreciate your Political Tuesdays posts. Politics in America is so overwhelmingly disheartening for me most of the time that it makes me just want to ignore it altogether, but that is just what the "thugs" want. Therefore, I continue to make the effort to be as well informed as possible.

Amen, amen, amen! Thank you for posting. Sometimes it feels like I'm in the boat by myself. =)